Home > Satchel Paige as a pitcher in 1937...
Click image to enlarge 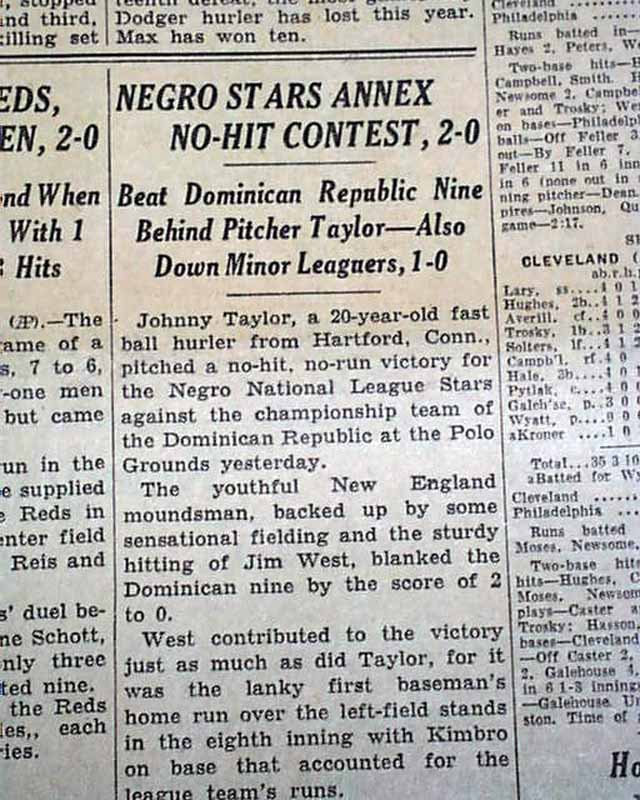 The sports page (pg. 29) has a one column wide report headed: "Negro Stars Annex No-Hit Contest, 2-0" "Beat Dominican Republic Nine Behind Pitcher Taylor--Also Down Minor Leaguers, 1-0". Near the end of the report is: "...Opposing Taylor was Satchell Paige, generally regarded as the greatest of Negro pitchers. Paige did well in his own right, striking out eight batters & yielding only one base on balls..." with more. Paige is also listed in the battery in the box score (see photos). This was when Paige was playing for the Dominican Republic team. An early report on one of the most famous of all African-American baseball players, now in the Baseball Hall of Fame.
Complete in 44 pages, light toning and minor wear at the margins, small address stamp withing masthead, generally nice.