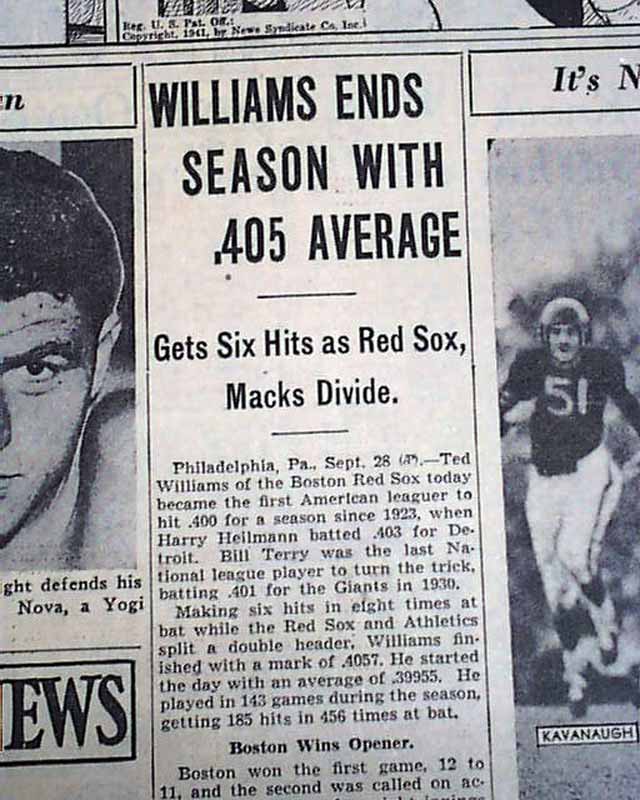 Not only is is difficult to find reports on Ted Williams' season-ending .406 batting average--which has not been topped in 68 years--but when they are found they are typically very small, inconspicuous reports without headlines.
This report is a somewhat pleasant exception, as the front page of section 2 (sports) has a one column heading: "WILLIAMS ENDS SEASON WITH .405 AVERAGE" with subhead and box scores. (see) Always nice to have notable events in history reported in this World famous publication.
Complete with all 30 pages, light toning at the margins, small library stamp within the masthead, small binding holes along the spine, two tape mends along the bottom margin of the front page, generally very nice.