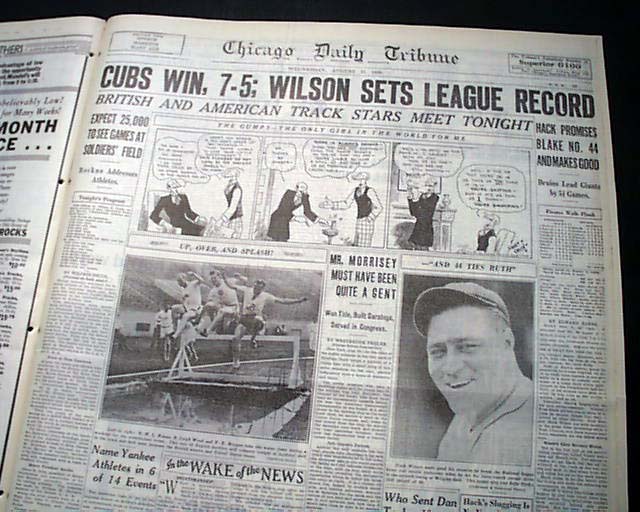 The front page of the sport's section (inside) has a nice banner headline: "CUBS WIN, 7-5; WILSON SETS LEAGUE RECORD" with subheads, box scores and photo of Wilson. Nice for display. Great to have in this famous Chicago publication. Wilson would ultimately hit 56 homers for the season and his record would last until 1998 when it was broken by Mark McGwire. (National League record)
Complete with all 32 pages, this is the "rag edition" printed on very high quality newsprint meant for institutional holdings. In great condition as such, a few small binding holes at the spine.