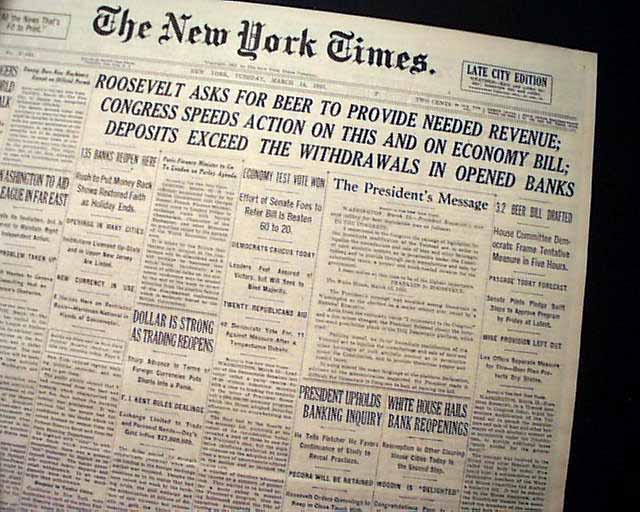 The top of the front page has a six column headline: "ROOSEVELT ASKS FOR BEER TO PROVIDE NEEDED REVENUE; CONGRESS SPEEDS ACTION ON THIS AND ON ECONOMY BILL" with subheads. (see) This is coverage of the impending end of prohibition in America. Other news, sports and advertisements of the day. Complete in 34 pages, rag edition in great condition.