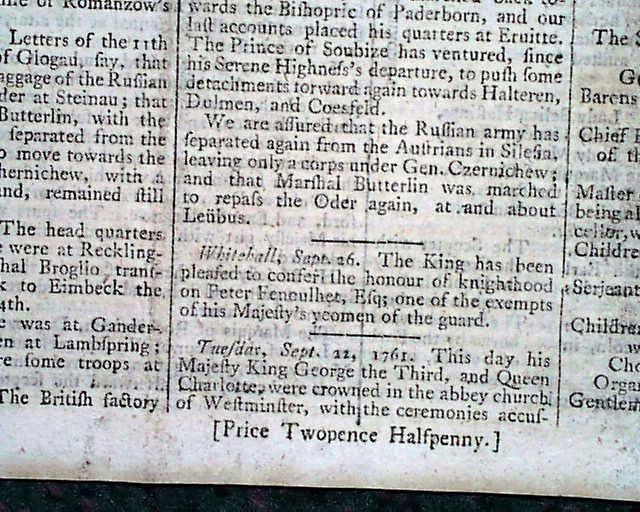 The coronation of King George III...

* George III of the United Kingdom

The front page begins the report on the coronation of King George III. "This day his Majesty King George the Third, and Queen Charlotte, were crowned in the abbey church of Westminster, with the ceremonies accustomed upon that great and glorious solemnity...". The article continues with in-depth details of the coronation, taking the entire second page and nearly half of the third page as well. The back page has an extract of a letter which describes the celebration of the coronation that occurred in Liverpool. Nice to have in a newspaper from London, England.
This is complete in eight pages with a full red tax stamp on the second page, some lite rubbing on the front page, otherwise is in very good condition.