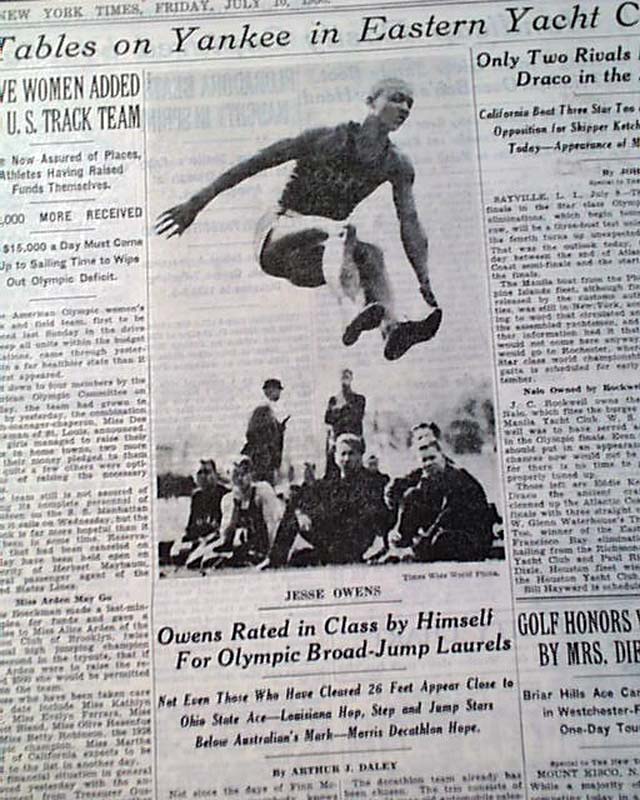 The sport's section (page 23) has a two column heading: "Owens Rated in Class by Himself For Olympic Broad-Jump Laurels" with subhead and photo. (see) The Olympics would begin just a few weeks later.
A sidebar to the Olympic games was Adolph Hitler's refusal to acknowledge the achievements of the African-American athletes, not surprising given his belief that only his superior German Aryan race would dominate at the games.
Other news, sports and advertisements of the day. Complete with all 40 pages, rag edition in very nice condition.