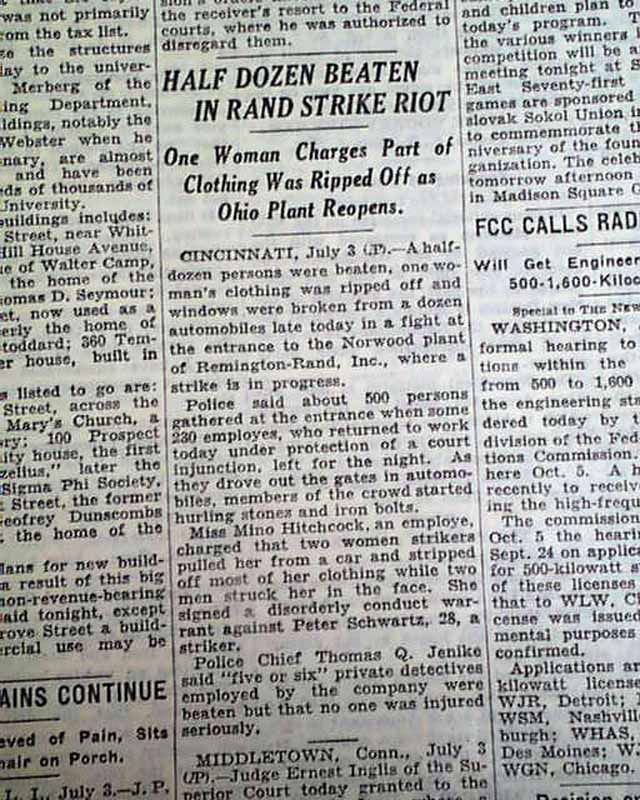 Page 11 has a one column heading: "Half Dozen Beaten In Rand Strike Riot" with subhead. (see)
Other news, sports and advertisements of the day. Complete in 30 pages, rag edition, nice condition.

wikipedia notes: The Remington Rand strike of 1936–37 was a strike by a federal union affiliated with the American Federation of Labor (AFL) against the Remington Rand company. The strike began in May 1936 and ended in April 1937, although the strike settlement would not be fully implemented until mid-1940.