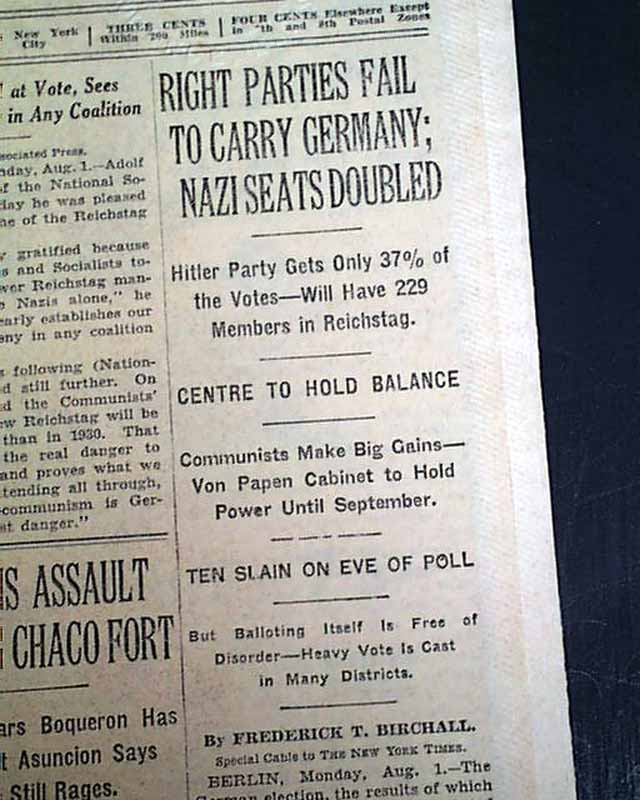 The top of the front page has a one column heading: "RIGHT PARTIES FAIL TO CARRY GERMANY; NAZI SEATS DOUBLED" with subheads. First report coverage on the German federal election which made the Nazi Party the largest in parliament for the very first time. Reporting continues inside with photo of Hitler.
Other news, sports and advertisements of the day. Complete in 34 pages, rag edition, minor creasing, nice condition.