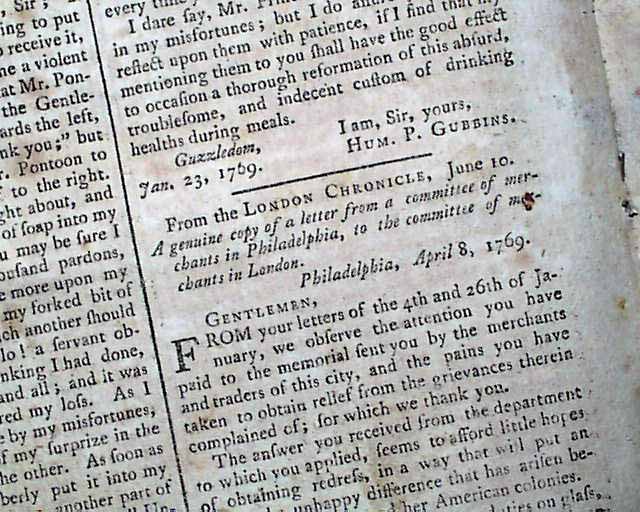 A notable title from the colonial period, that has an ornate royal coat-of-arms engraving in the masthead. Content includes a lengthy ftpg. letter addressed "To the Printer" that is signed in type: Atticus.
Pages 2 & 3 has news and other content from "London", while page 4 has a lengthy letter from a "committee of merchants in Philadelphia, to the committee of merchants in London" discussing the differences between the two groups of merchants, particularly the imposition of duties on items such as "...glass, paper, &c...". The letter concludes on pg. 5 (see).
There is also news from "Charlestown" "Halifax and "New-York". The last two pages have various ad and notices.
Complete in 8 pages, 11 1/2 by 9 1/4 inches, various light foxing, generally nice.