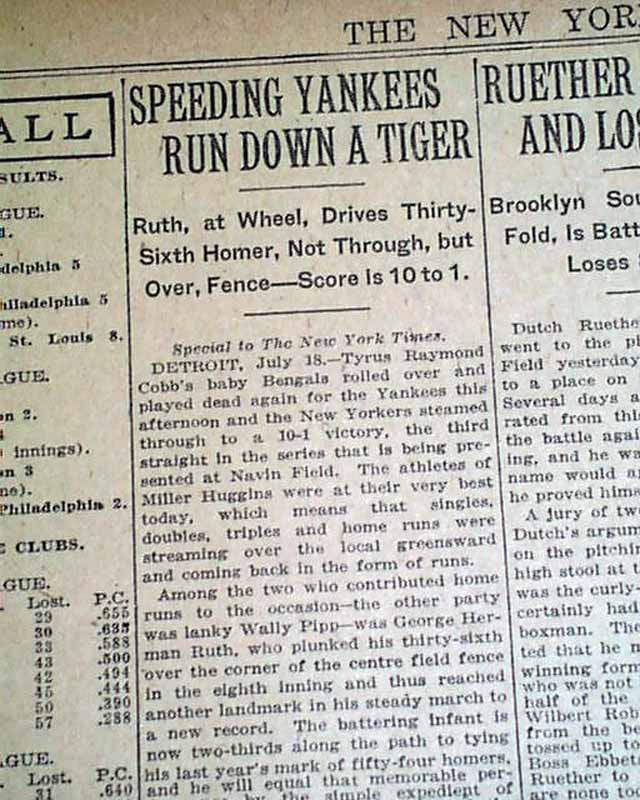 * Babe Ruth breaks all time home run record
* His first major record - Early in his career too
* Best title to be had ?

The sport's section (page 11) has a one column heading: "SPEEDING YANKEES RUN DOWN A TIGER" with subhead: "Ruth, at Wheel, Drives Thirty-Six Homer...." with box scores. Though not mentioned in the report this was when Babe Ruth broke the all time MLB home run record that was held by Roger Connor. This was his 139th career home run which is only a fraction of his 714 total when his career ended. No wonder he is considered the man who changed baseball.
Other news, sports and advertisements of the day. Complete with all 32 pages, irregular along the spine, otherwise nice.