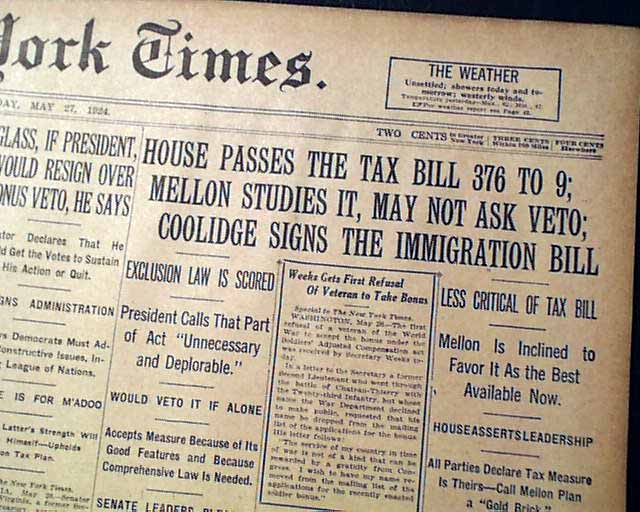 The front page has a three column headline: "COOLIDGE SIGNS THE IMMIGRATION BILL" with subheads. (see) First report coverage on President Calvin Coolidge signing he Immigration Act of 1924 into law. Always nice to have notable events in history reported in this World famous publication.
Other news, sports and advertisements of the day. Complete with all 44 pages, light toning and a,little wear at the margins, irregular along the spine, otherwise good. 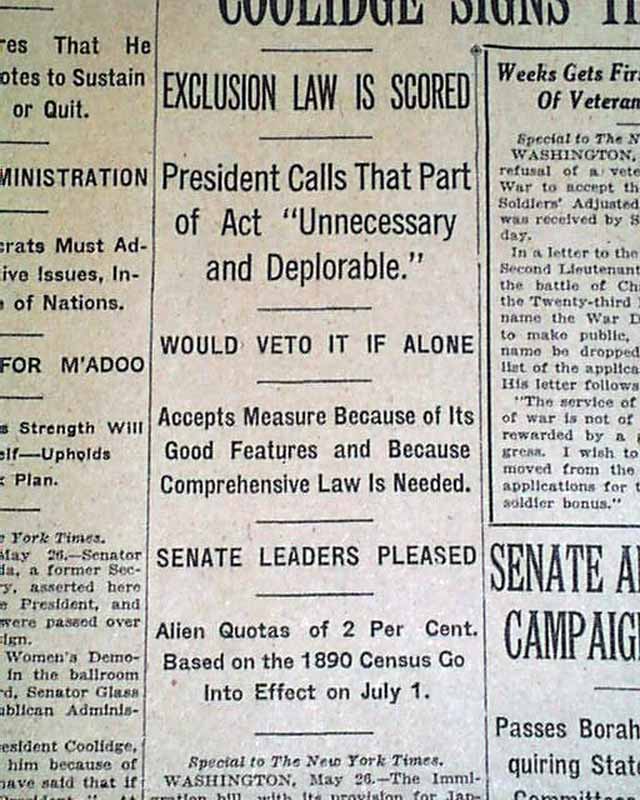 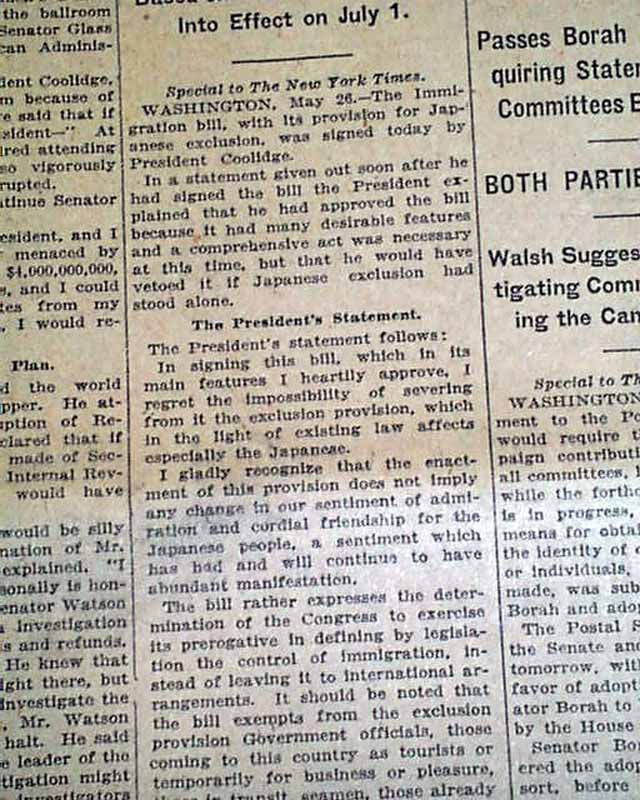 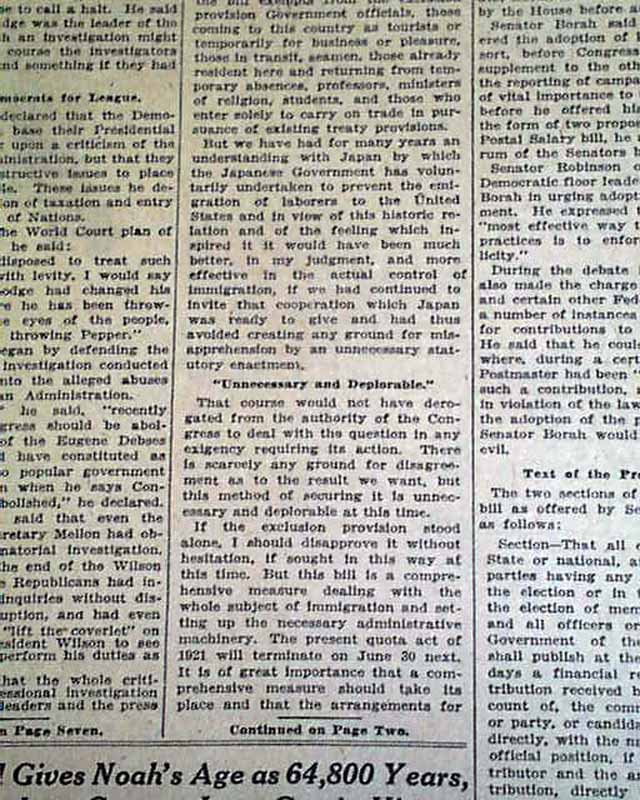 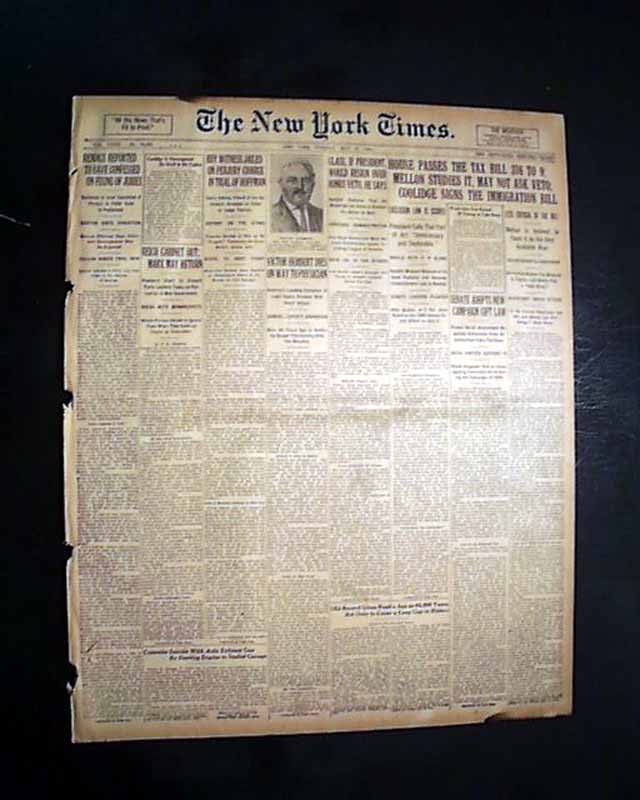