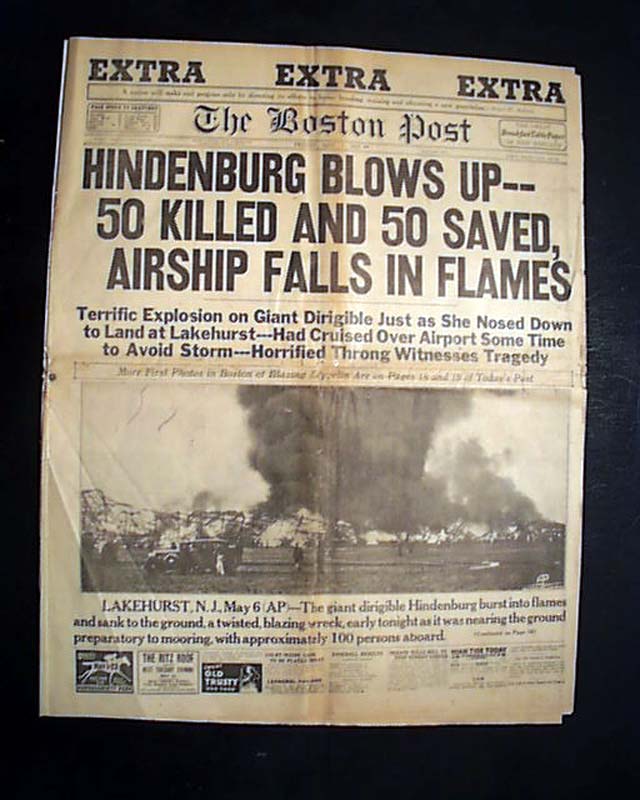 Dramatic issue on the Hindenburg explosion...

A very dramatic front page with a bold banner headline taking 3 lines: "HINDENBURG BLOWS UP--50 KILLED AND 50 SAVED, AIRSHIP FALLS IN FLAMES" plus a banner subhead and a large photo  captioned: "The giant dirigible Hindenburg burst into flames and sank to the ground, a twisted, blazing wreck, early tonight has it was nearing the ground preparatory to mooring, with approximately 100 persons aboard."
The complete first section (of 2) with pages 1-20, some wear at the margins, a front leaf crease and minor rubbing at the central fold. A dramatic issue for display.