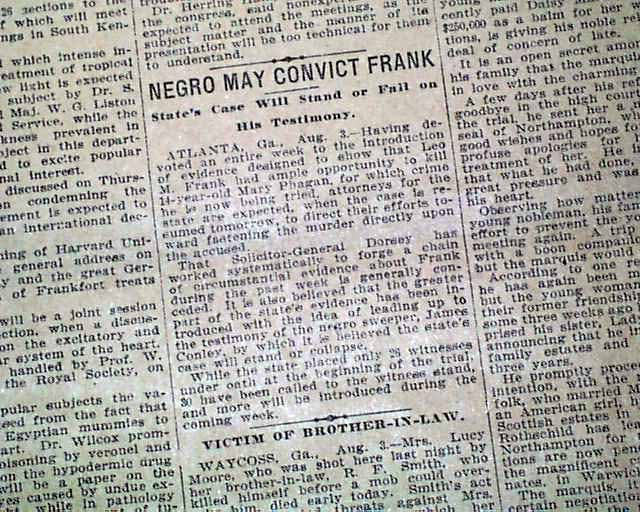 
THE COMMERCIAL APPEAL, Memphis, August 4, 1913  The back page has the one-column heading: "Negro May Convict Frank". This concerns the controversial--and widely publicized--trial of Leo Frank for the murder of a factory girl, with various  anti-Semitic implications as Frank was Jewish.
Yet another back page report has: "Proves Story of Flood" with subhead: ""Babylonian Hieroglyphics Are Discovered at Nippur", being a report from the University of Pennsylvania which states that the newly discovered hieroglyphics confirm many of the details surrounding the Biblical account of a Great Flood.
Twelve pages, some ftpg. toning & dirtiness, generally good.