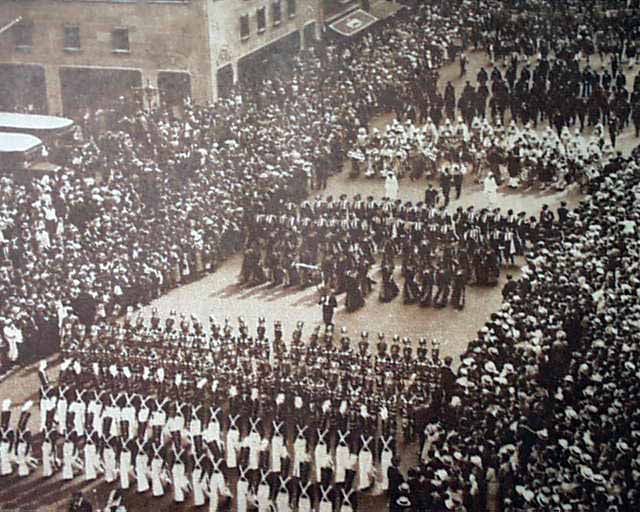 
ROTOGRAVURE SECTION ONLY of the New York Times, September 17, 1933

wikipedia notes: A crowd of almost 250,000 marchers paraded down New York City's Fifth Avenue with banners displaying the "Blue Eagle", to demonstrate their gratitude for the National Recovery Administration. The parade was organized by NRA Administrator Hugh S. Johnson, and required ten hours to complete as the quarter-million participants were given the half a day off by order of Mayor John P. O'Brien. TIME Magazine suggested that Johnson, a retired U.S. Army Brigadier General, raised his hand constantly in a "fascist salute", and one historian commented that the pro-government rally "was too reminiscent of mass rallies in fascist Italy and Nazi Germany".