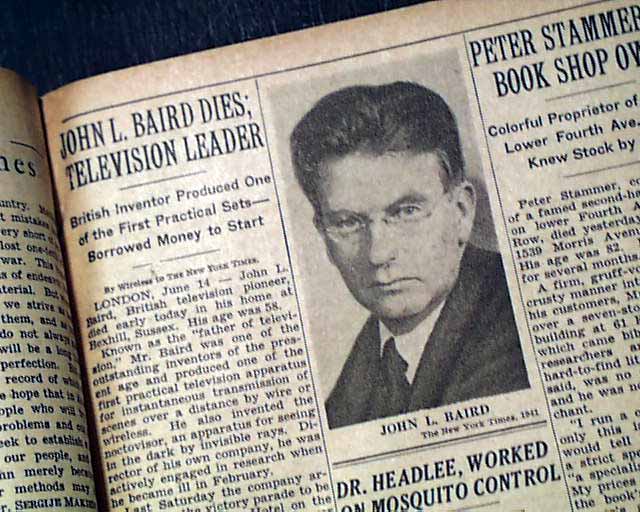 The top of page 21 has one column headings: "JOHN L. BAIRD DIES; TELEVISION LEADER" "British Inventor Produced One of the First Practical Sets--Borrowed Money to Start" with photo of Baird. (see) First report coverage on the death of John Logie Baird, father of the television.
Other news, sports and advertisements of the day. Complete in 36 pages, light toning and minor wear at the margins, nice condition. 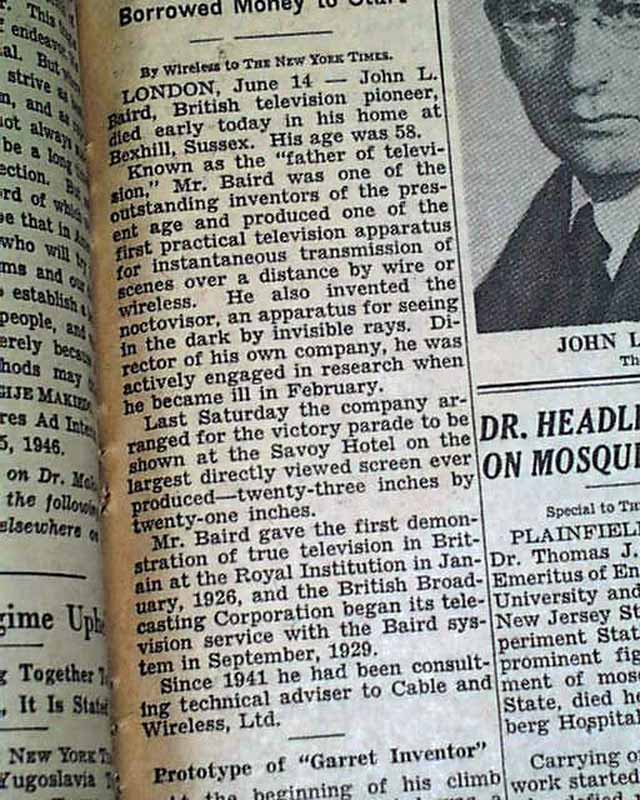 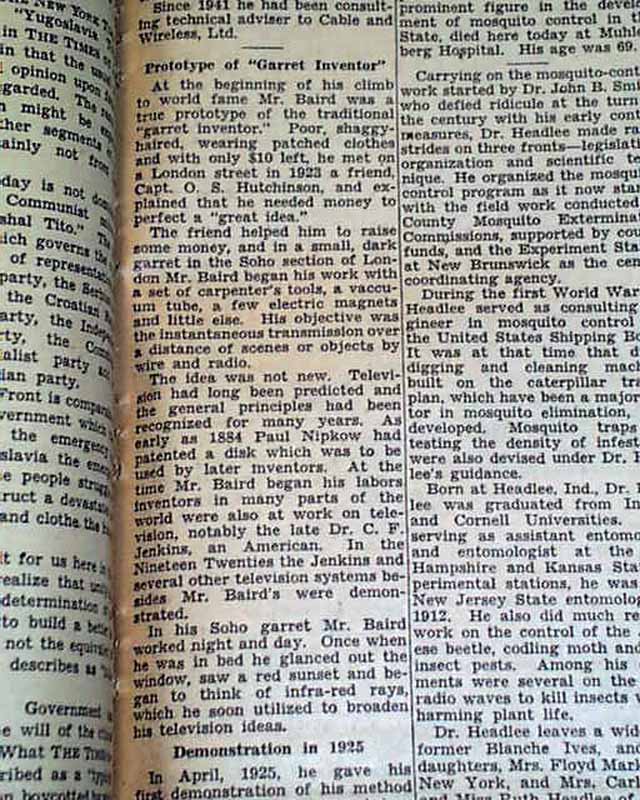 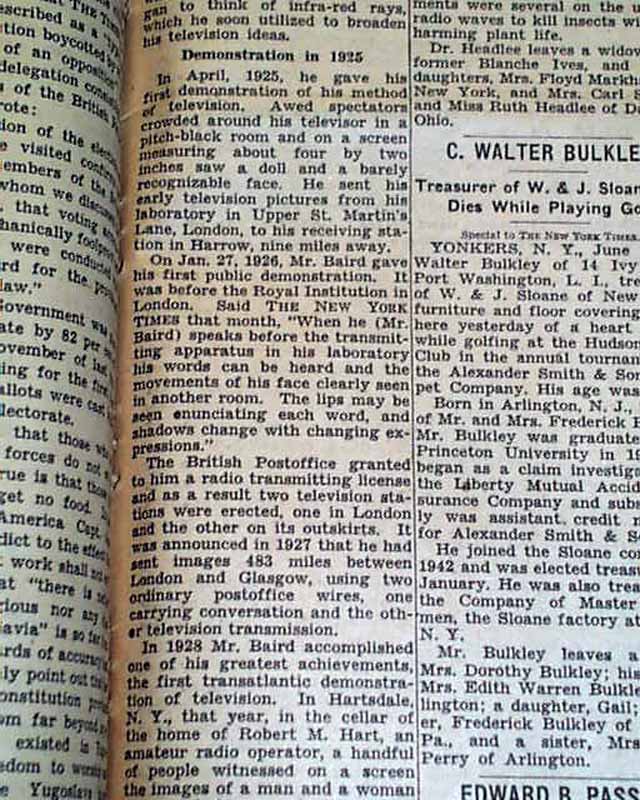 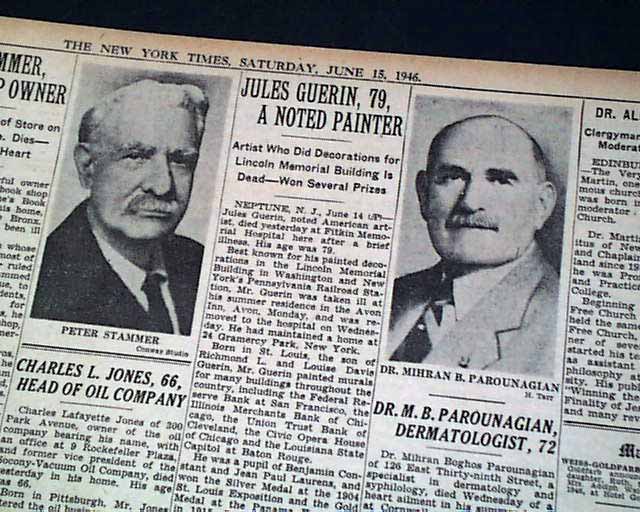 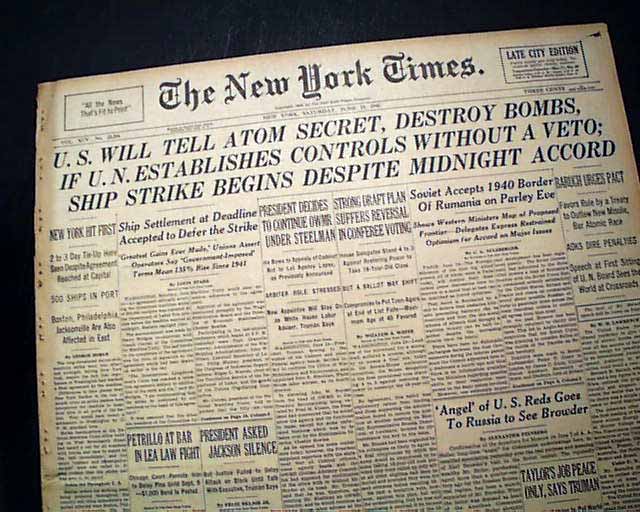 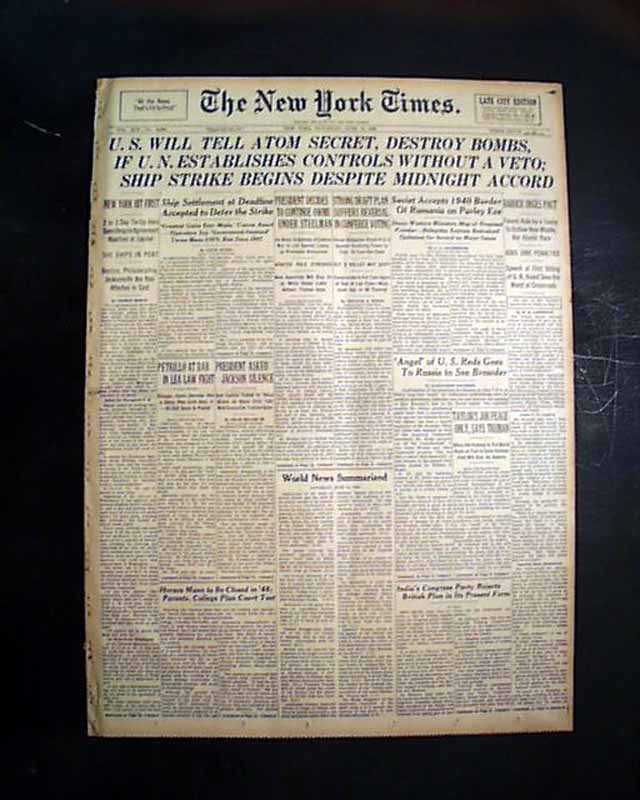