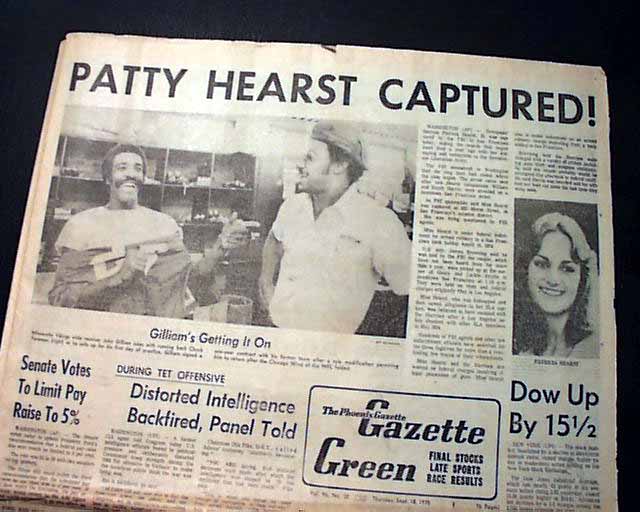 A nice pair of issues almost 3 years apart with headlines: "PATTY HEARST CAPTURED!" and: "PATTY HEARST GUILTY" respectively. Front page photos in each issue and subheads as well. For those not familiar with the interesting case of this noted heiress see this hyperlink.
Each issue is complete with minimal wear. Good condition.