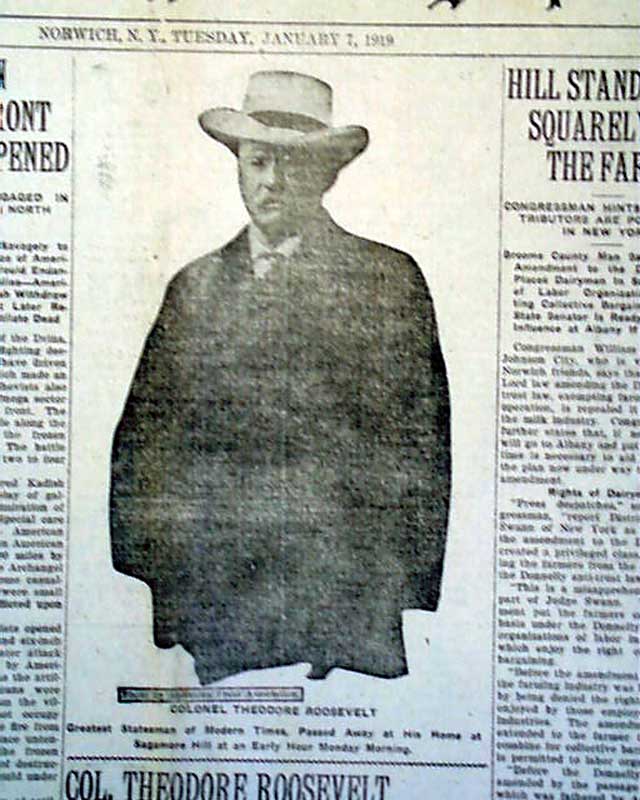 
CHENANGO TELEGRAPH, Norwich, N.Y. January 7, 1919  A three line, two column head says: "COL. THEODORE ROOSEVELT IS DEAD AT HIS HOME AT SAGAMORE HILL", plus a two column photo of the former President of the U.S... Somewhat pulpish around the margins with a little chipping, but the chipping does not creep into the text. Very fragile.