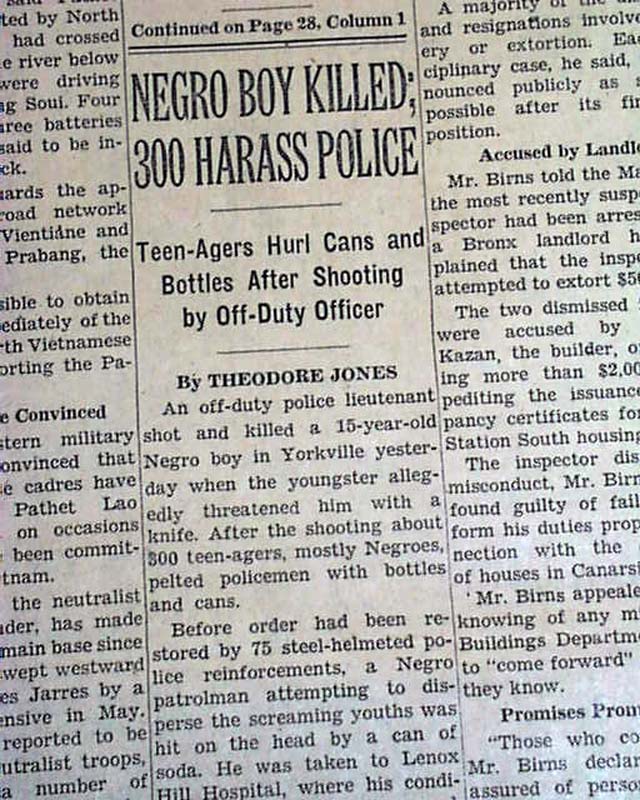 The front page has one column headlines: "NEGRO BOY KILLED; 300 HARASS POLICE" "Teen-Agers Hurl Cans and Bottles After Shooting by Off-Duty Officer" with related photo. (see) Coverage continues inside with photo of Lieutenant Thomas Gilligan. First report on the shooting and death of young African American, James Powell. This event would lead to the Harlem riot of 1964 the next few days. Always nice to have notable events in history reported in this World famous publication, especially on this topic.
Other news, sports and advertisements of the day. Complete in 56 pages, nice condition.