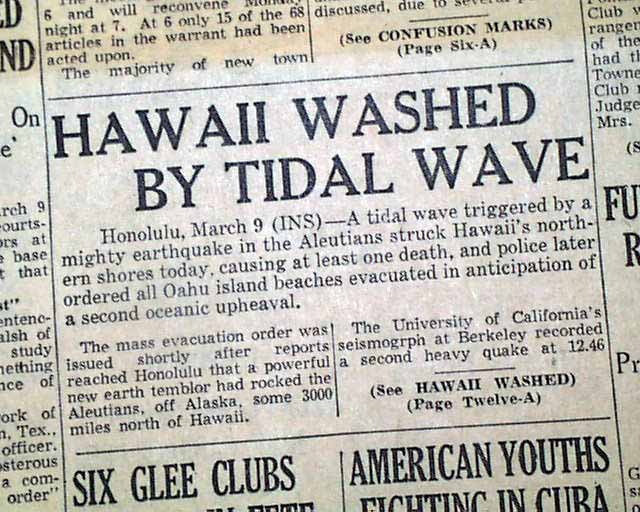 This 40 page newspaper has a two column headline on the front page: "HAWAII WASHED BY TIDAL WAVE"

This was a result of a earthquake from the Andreanof Islands in Alaska.

The earthquake caused damage to infrastructure on Adak Island and Umnak Island, as well as causing an eruption of long-dormant volcano Mount Vsevidof. It also caused a tsunami that reached a height of 16 meters (52 ft) and caused around $5,000,000 in damage in Hawaii, destroying two villages on Oahu, and two bridges in the Aleutian region. No lives were lost in either the earthquake or the tsunami.

As of 2009 it remains the fourth largest-magnitude quake in the United States.