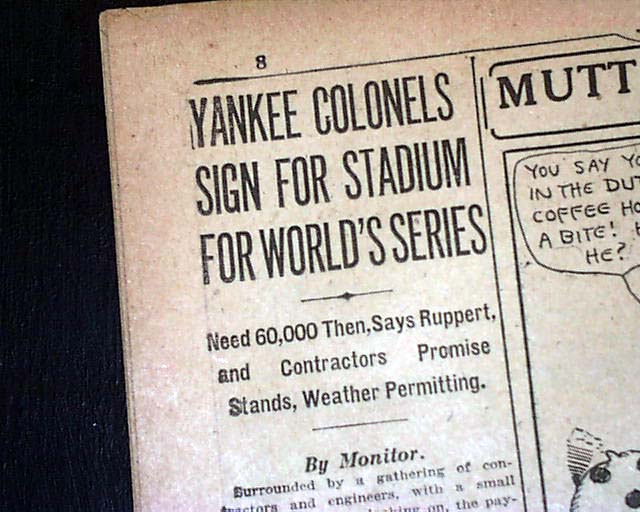 The sport's section (page 8) has a one column heading: "YANKEE COLONELS SIGN FOR STADIUM FOR WORLD'S SERIES" with subheads. (see) Nice to have in a New York City title. Rare as such.
Complete in 22 pages, light toning, a little irregular along the spine, generally nice.