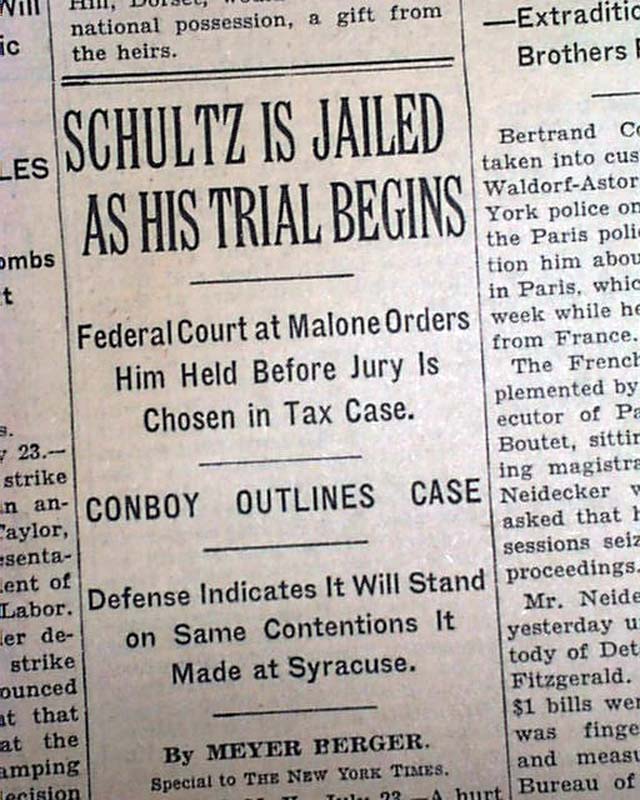 The front page has a one column heading: "SCHULTZ IS JAILED AS HIS TRIAL BEGINS" with subheads. (see) Coverage on the start of Arthur 'Dutch Schultz' Flegenheimer's trial for income tax evasion. Text continues on page 2 with photo of Schultz. (see) Always nice to have notable events in history reported in this World famous publication, especially on this topic.
Also a two column heading near the bottom of the front page: "'Karpis' Gang Battles Through 4 States; Fights Nebraska Police, Abducts Kansan" Coverage on Alvin Karpis and his gang battling with police and more.
Other news, sports and advertisements of the day. Complete in 38 pages, light toning, generally in very nice condition.