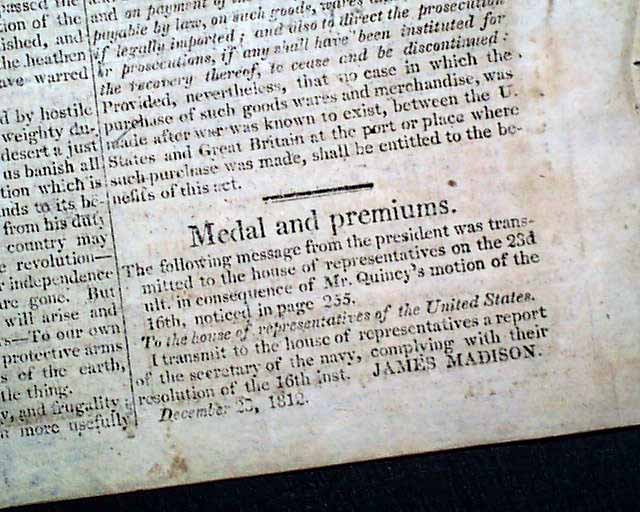 
THE WEEKLY REGISTER, Baltimore, Jan. 9, 1813  Content includes: "Medal & Premiums" "Law Case--Clark, the Spy" "Military Supplies" which includes a lengthy chart; "American Seamen" "Treaty of Peace" with Sweden; "Distribution of Prize Money" split evenly between the govt. and the captors of vessels; and more.
Taking over 2 pages is: "Events of the War" which has subheads: "Military" & "Naval". Also: "American Prizes" "The Point in Controversy" "Proceedings of Congress" and more. 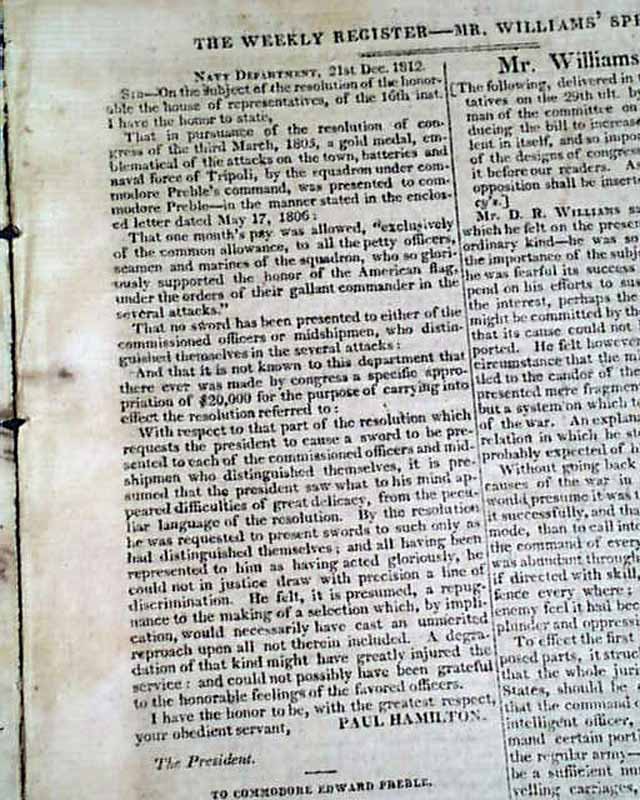 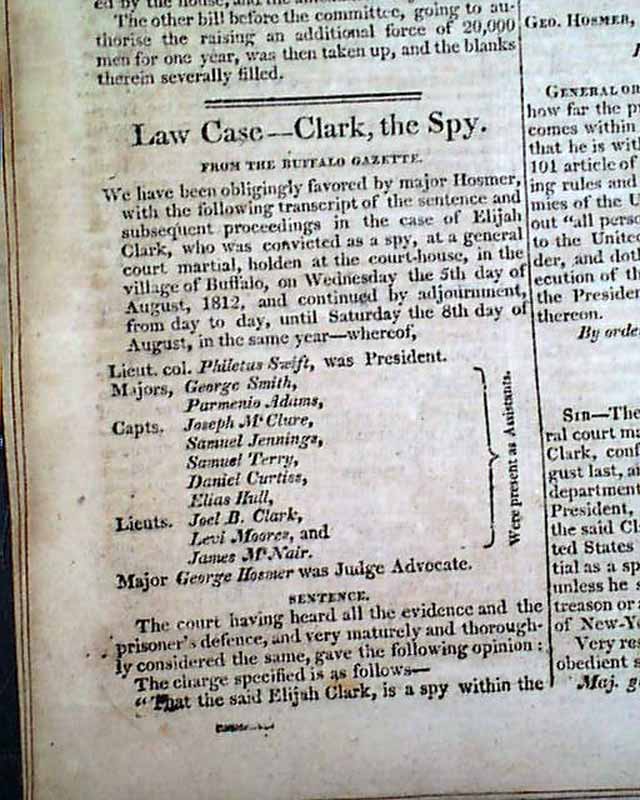 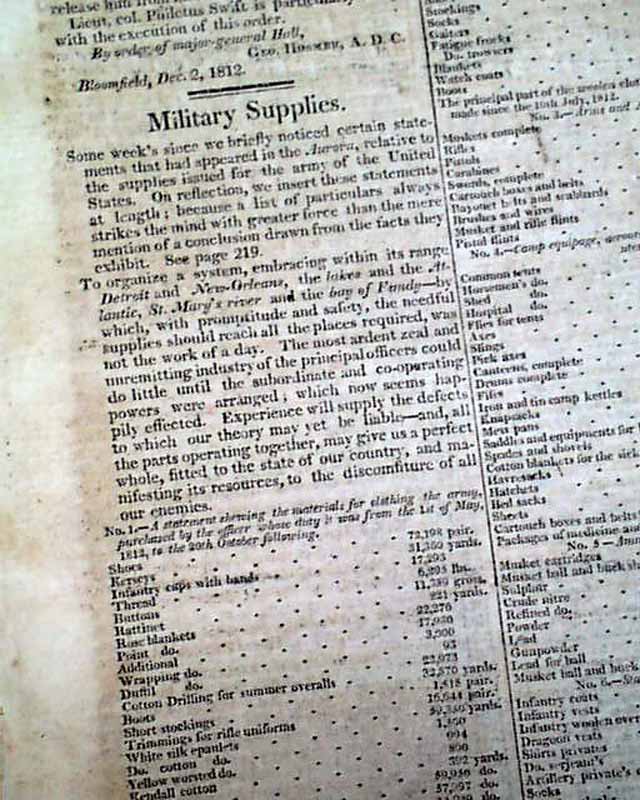 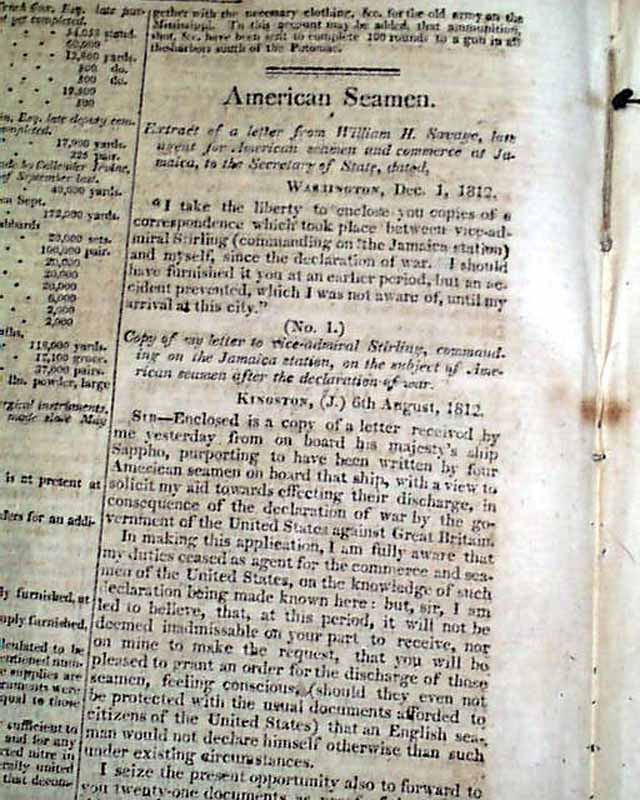 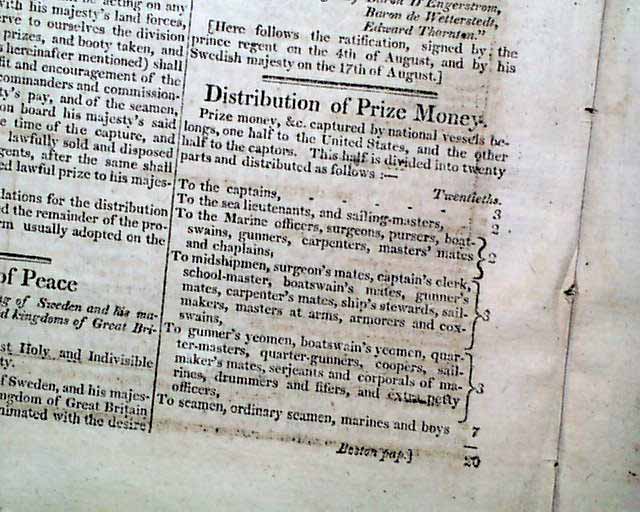 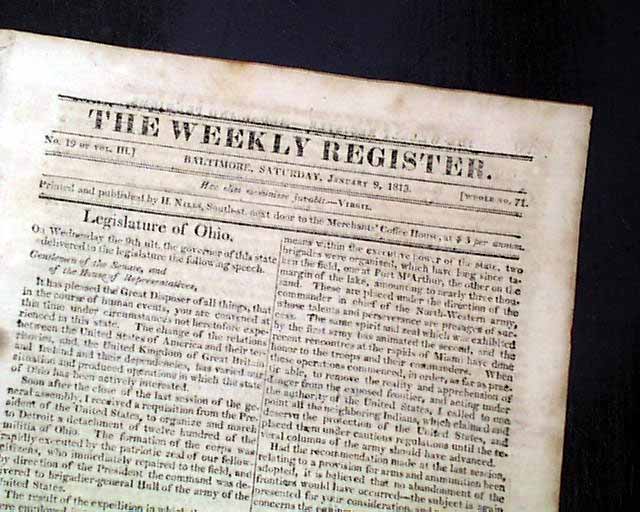 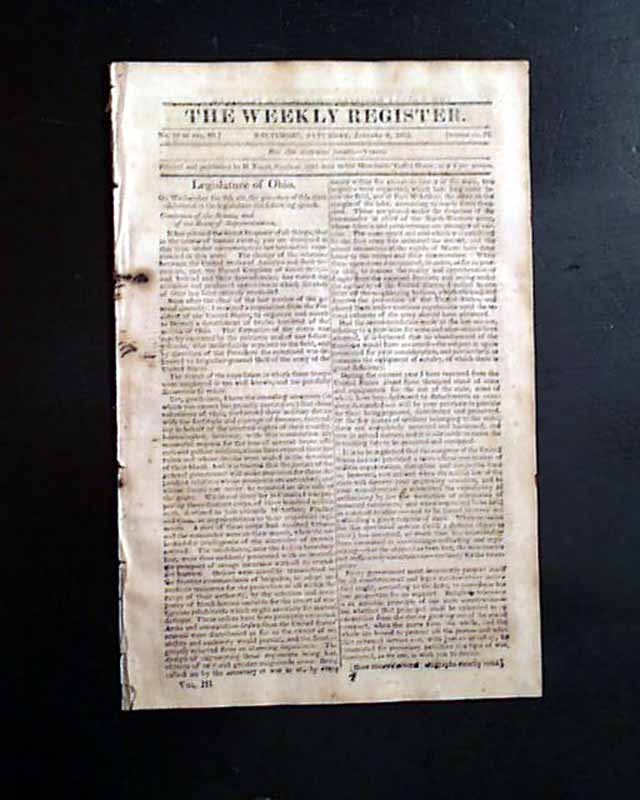