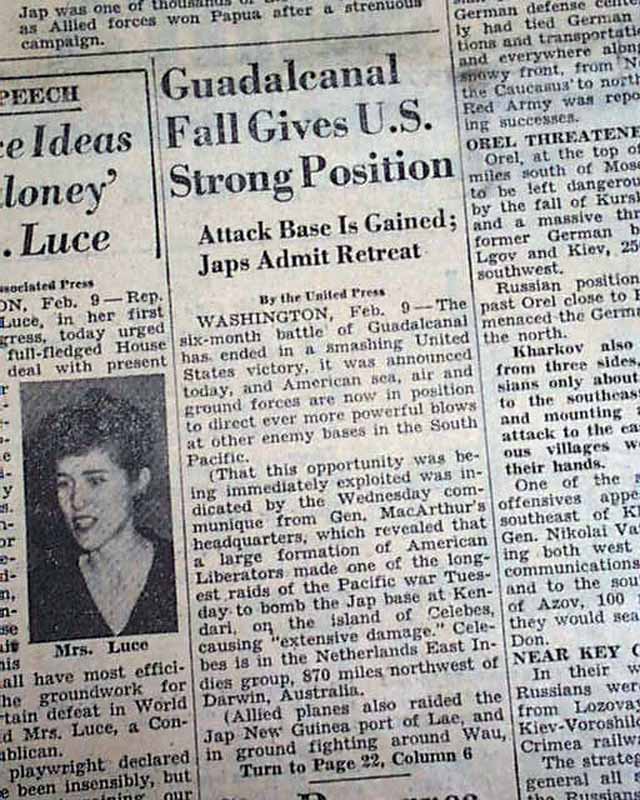 The front page has one column headings: "Guadalcanal Fall Gives U.S. Strong Position" "Attack Base Is Gained; Japs Admit Retreat" (see) 1st report coverage on the final capture of the island of Guadalcanal in the Solomons chain.
Other news, sports and advertisements of the day. Complete in 28 pages, a little margin wear, generally nice.

wikipedia notes: The Guadalcanal Campaign, also known as the Battle of Guadalcanal, was fought between August 7, 1942, and February 9, 1943, in the Pacific theater of World War II. Fought on the ground, at sea, and in the air, this was a strategically significant, and decisive, campaign which pitted Allied forces against Imperial Japanese forces. The fighting took place on and around the island of Guadalcanal in the southern Solomon Islands, and was the first major offensive launched by Allied forces against the Empire of Japan.