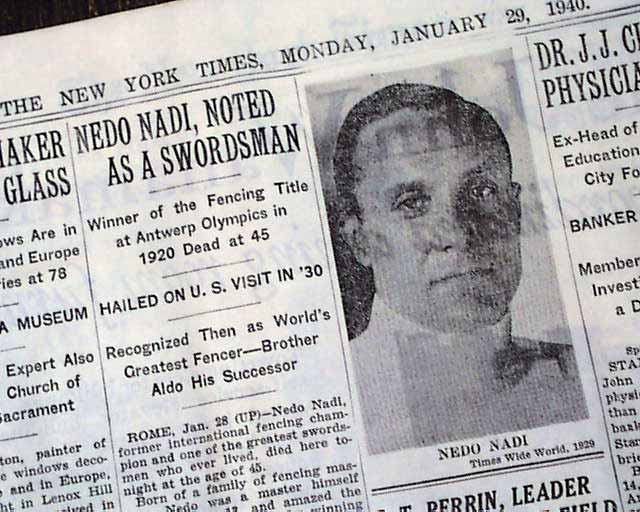 Page 15 has one column headings: "NEDO NADI, NOTED AS A SWORDSMAN" "Winner of the Fencing Title at Antwerp Olympics in 1920 Dead at 45" and more with photo. (see)
Other news, sports and advertisements of the day. Complete in 32 pages, rag edition in nice condition.

wikipedia notes: Nedo Nadi was an Italian fencer, widely regarded as one of, if not, the best ever. He is the only fencer to win a gold medal in each of the three weapons at a single Olympic Games and won the most gold medals ever at a single Games - five. Until Mark Spitz won seven swimming championships at the 1972 Summer Olympics, this was also the record number of gold medals won at a single Games by any competitor. Nadi won six Olympic gold medals in total.