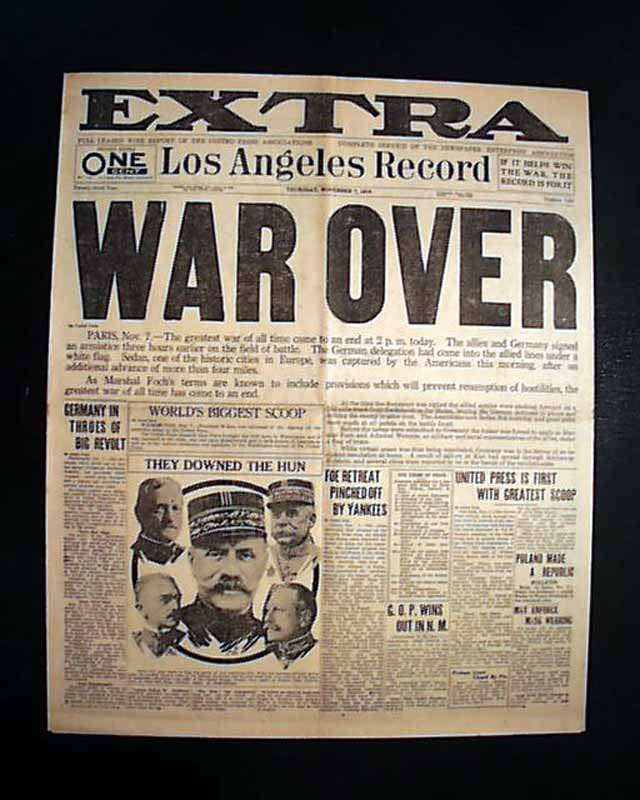 A great and very displayable issue announcing the "false" armistice, ending World War I. The United Press report that the armistice had been signed was a bit premature (see below)--it would officially happen 4 days later (hence this report--found in many newspapers--is considered the "false armistice").
At the very top is a huge: "EXTRA" and the large, bold banner headline announces: "WAR OVER" with a subhead: "United Press Is First With Greatest Scoop".
Seems to be the complete issue with 8 pages. In very nice, clean condition and very displayable.