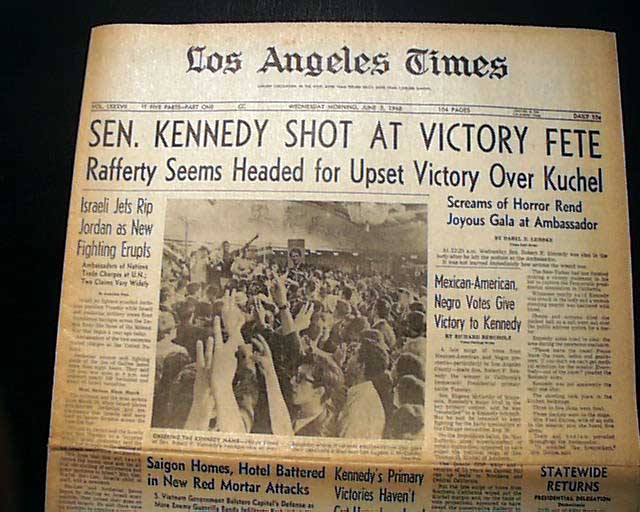 It is always nice to have a historical event from the city where it happened such as this. The front page has a banner headline: "SEN. KENNEDY SHOT AT VICTORY FETE" with subhead: "Screams of Horror Rend Joyous Gala at Ambassador" and related photo. (see) A very early, same day report here when he was still alive.
Incomplete issue containing only 16 pages of a 36 page first section, of a normally 104 page, 5 section newspaper. Very minor margin wear, nice condition.