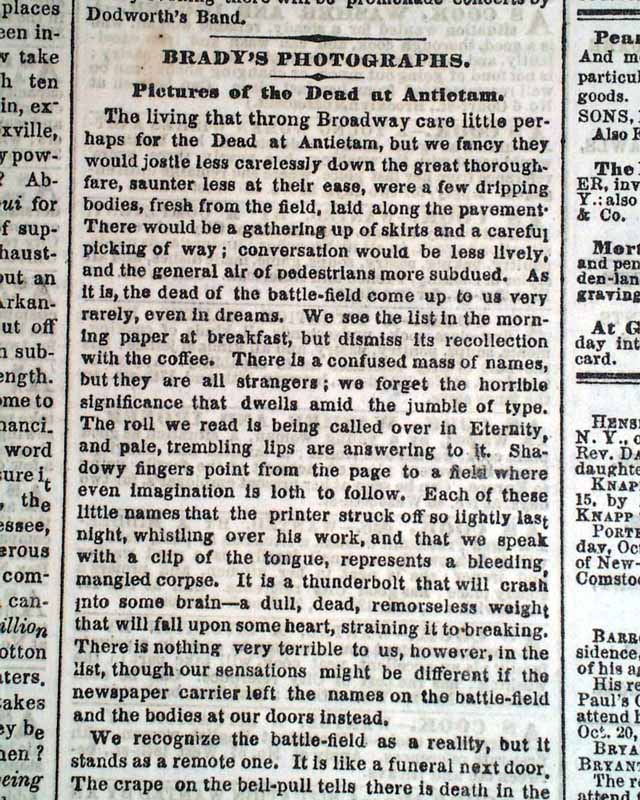 You cannot photograph a broken heart...

* Brady's photographs - commentary on Antietam
* News from Port Royal
* Skirmish at Kearneysville
* Rebels Routed at Thoroughfare Gap
An inside page has the famous: "Brady's Photographs; Pictures of the Dead at Antietam", being an eloquent commentary on the battle, which includes, "All of this desolation imagination must paint -- broken hearts cannot be photographed." A nice piece of history from this famous newspaper.

Additionally, this issue is loaded with advertisements and Civil War reports throughout from the day it was first reported which includes the following headlines: "IMPORTANT FROM PORT ROYAL", "The Expedition to Jacksonville", "Destruction Of The Rebel Batteries" "IMPORTANT FROM THE POTOMAC", "Reports of the Evacuation of Winchester by the Rebels", "A SHARP SKIRMISH AT KEARNEYSVILLE", "The Pursuit of Stuart's Cavalry by Gen. Stahl", "A Large Body of the Enemy Routed at Thoroughfare Gap" and much more.

Complete in 8 pages and in nice condition. 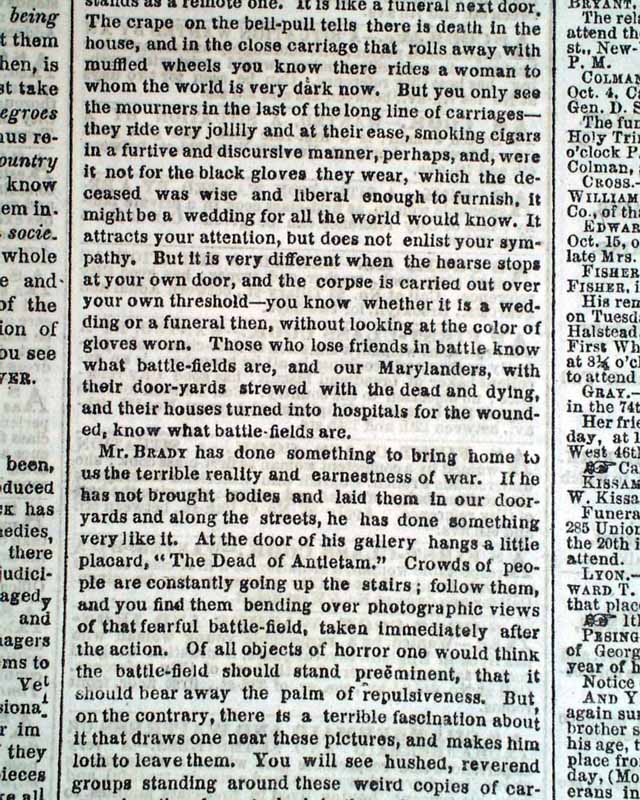 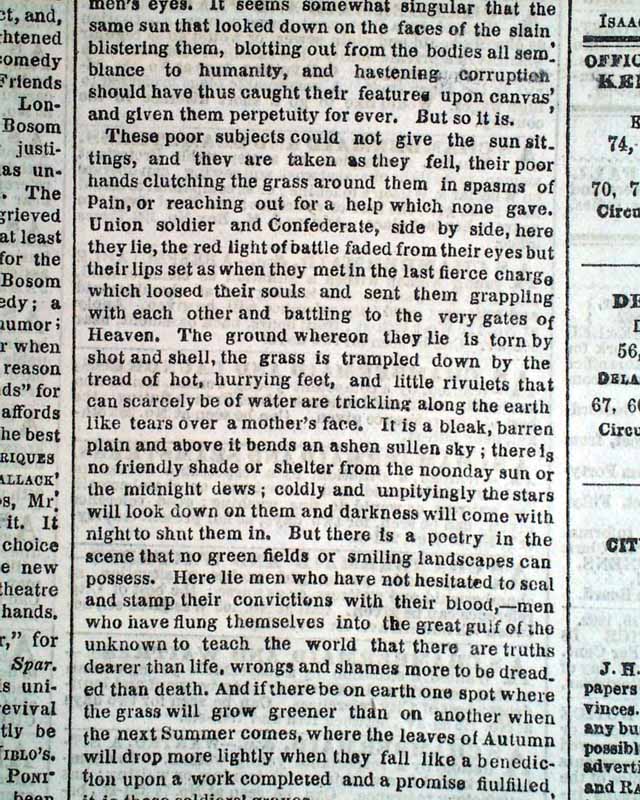 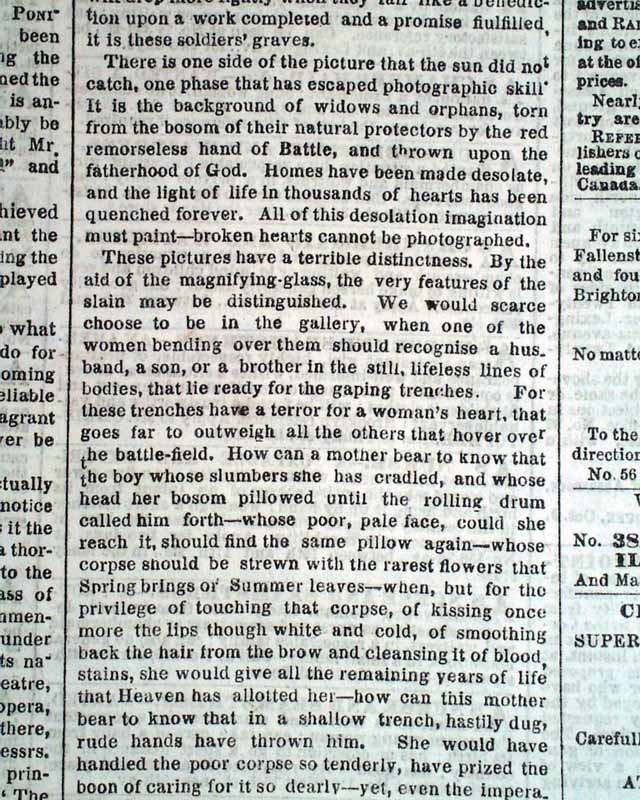 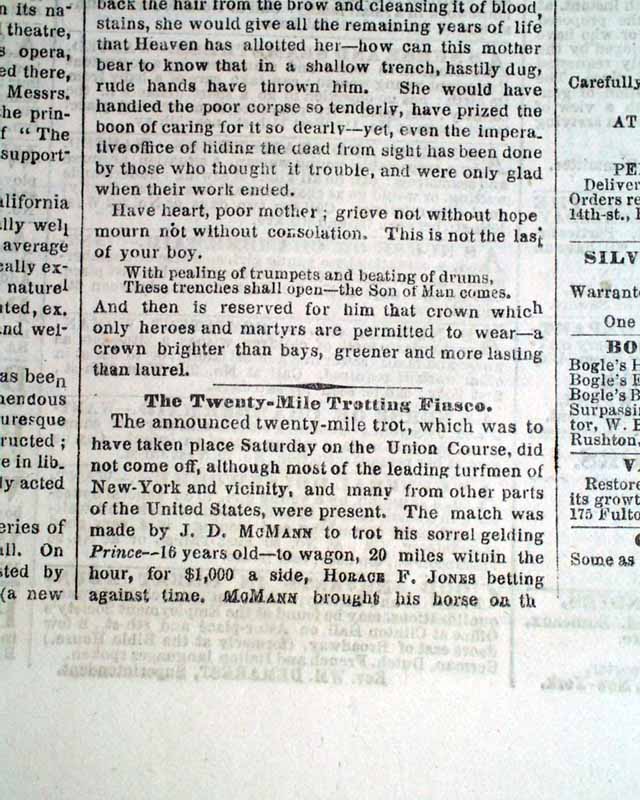 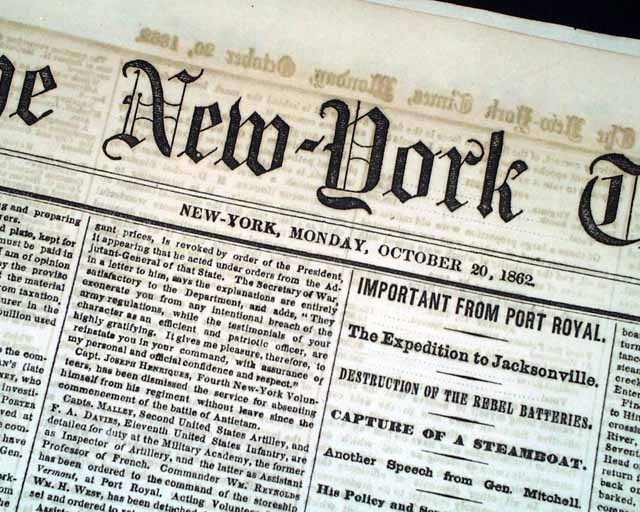