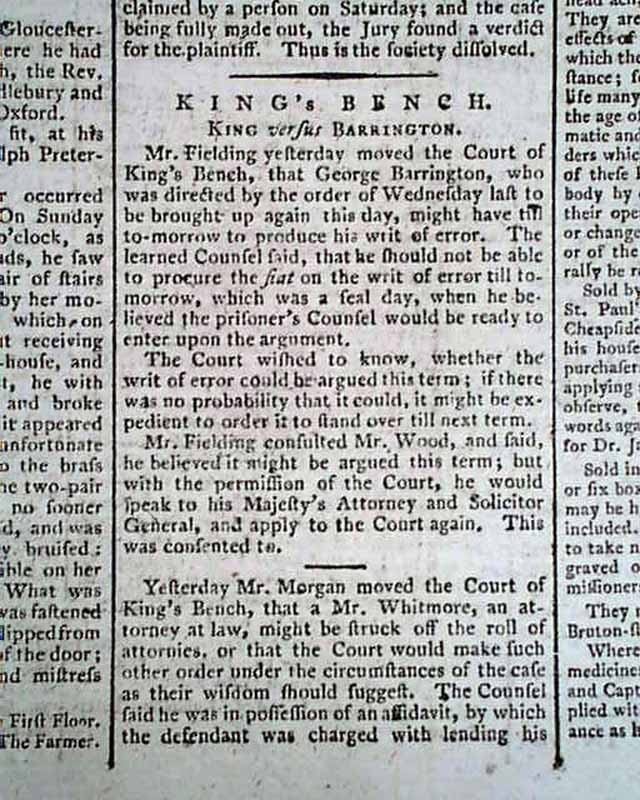 George Barrington before the King's bench...

Additional news of the day and period advertising are found throughout. Complete in 8 pages, some light rubbing, nice condition.