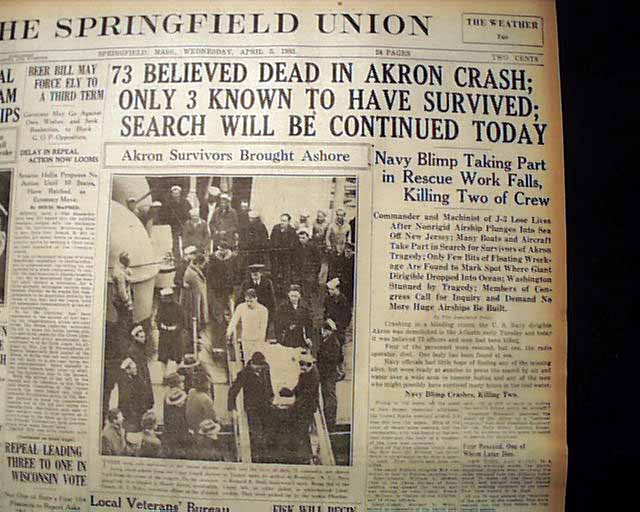 The front page has a five column headline: "73 BELIEVED DEAD IN AKRON CRASH; ONLY 3 KNOWN TO HAVE SURVIVED; SEARCH WILL BE CONTINUED TODAY" with subheads and related photo. More inside. 1st report coverage on the USS Akron airship crash off the coast of New Jersey due to bad weather.