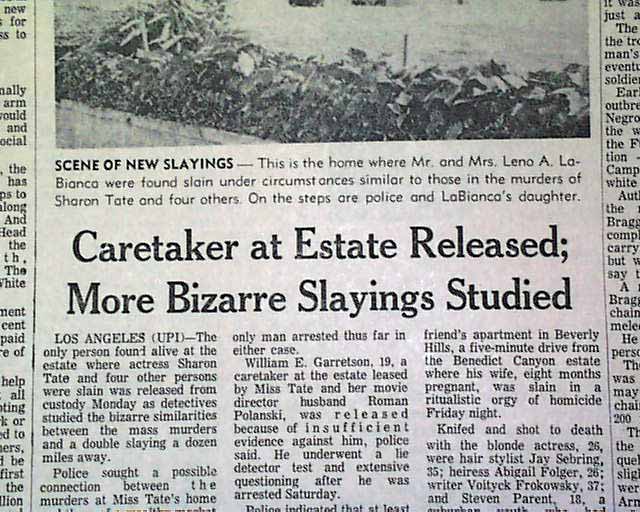 with photo of a scene in front of the LaBianca home. Other news, sports and advertisements of the day. Complete in 24 pages, very minor margin wear, otherwise nice.