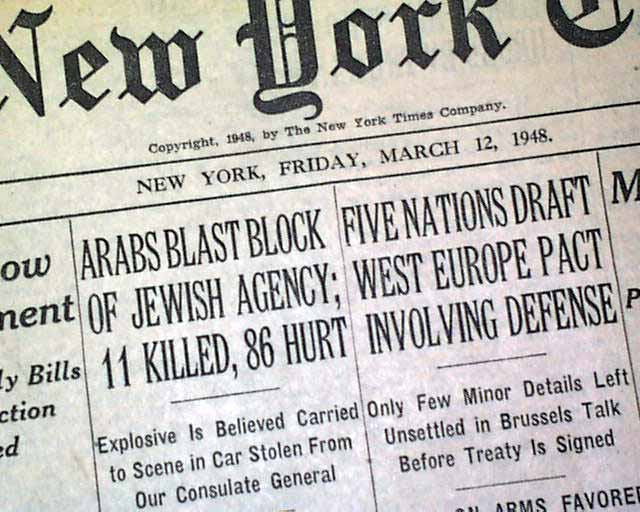 This 48 page newspaper has one column headlines on the front page: "ARABS BLAST BLOCK OF JEWISH AGENCY; 11 KILLED, 86 HURT" "Explosive Is Believed Carried to Scene in Car Stolen From Our Consulate General" and more.