Home > Back to Search Results > Nearing the end of the Civil War...
Click image to enlarge 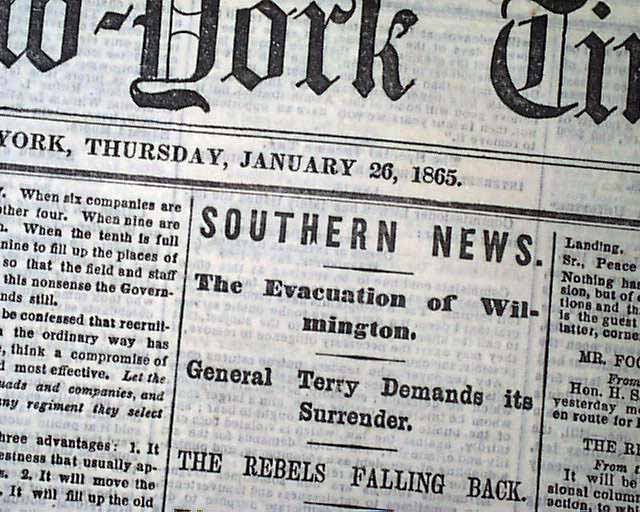 Nearing the end of the Civil War...

This Genuine newspaper has a Wealth of Civil War reporting from during Abraham Lincoln's administration. Among the one column headlines on the Civil War are: "GREAT NAVAL BATTLE", "Rebel Iron-Clad Attack on City Point", "The Entire Rebel Fleet Engaged", "SOUTHERN NEWS", "The Evacuation of Wilmington", "General Terry Demands its Surrender" and more.

Complete in eight pages. This issue is not fragile as newsprint from this era was made of cotton and linen rags, allowing them to remain very pliable and easy to handle. Some wear along the bottom margin, otherwise in nice condition. 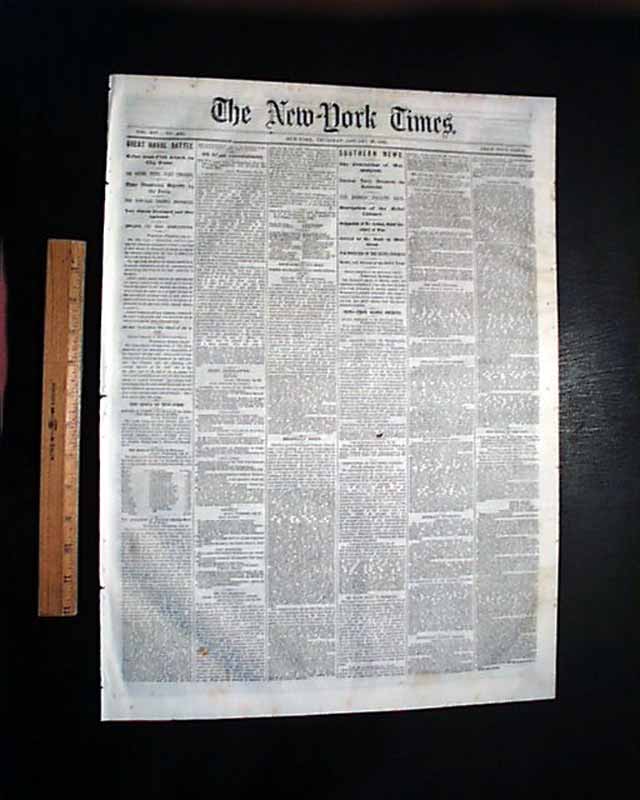 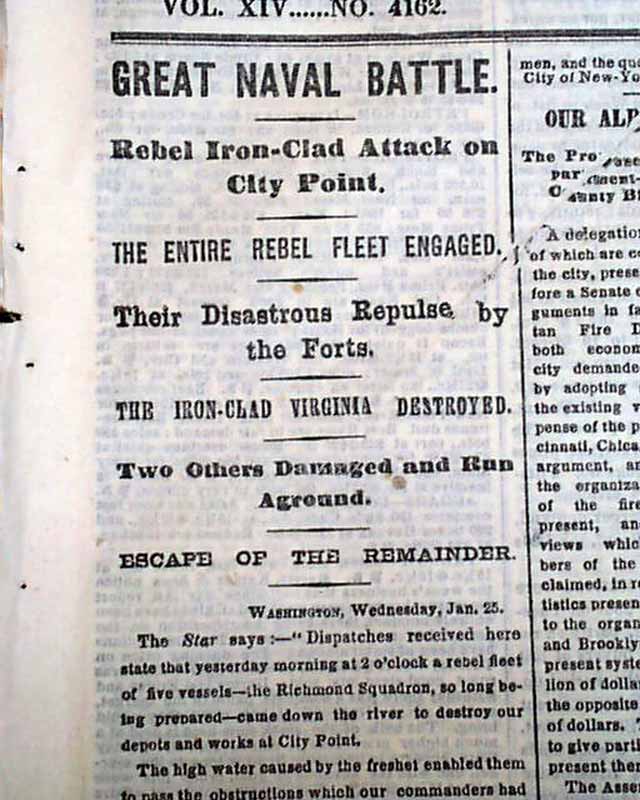 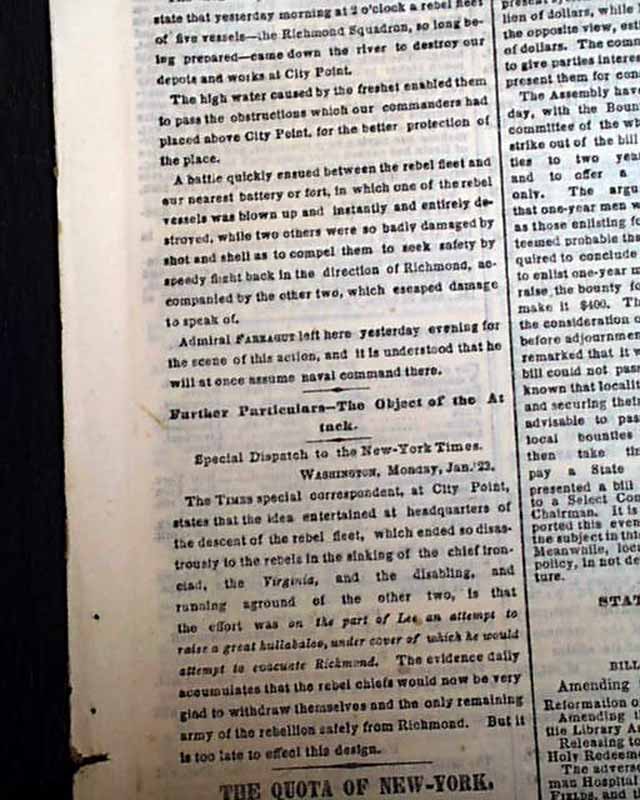 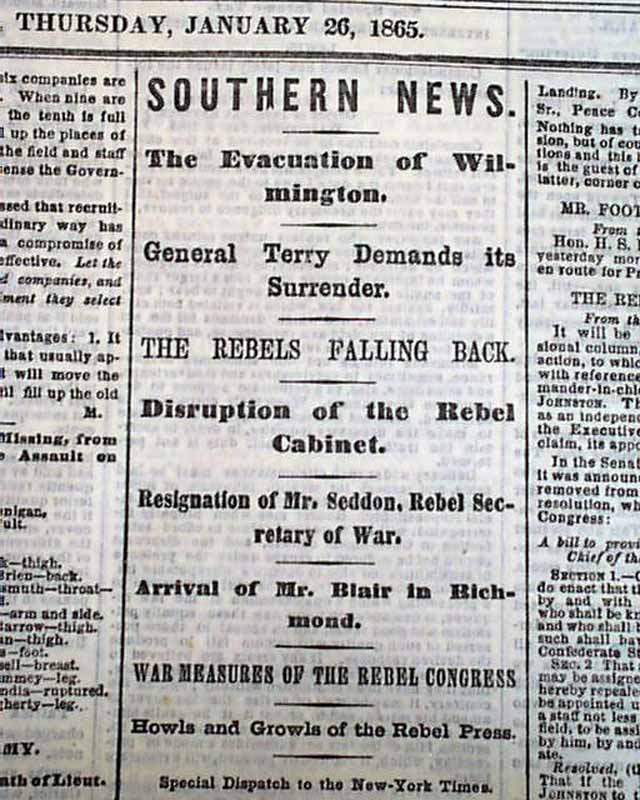 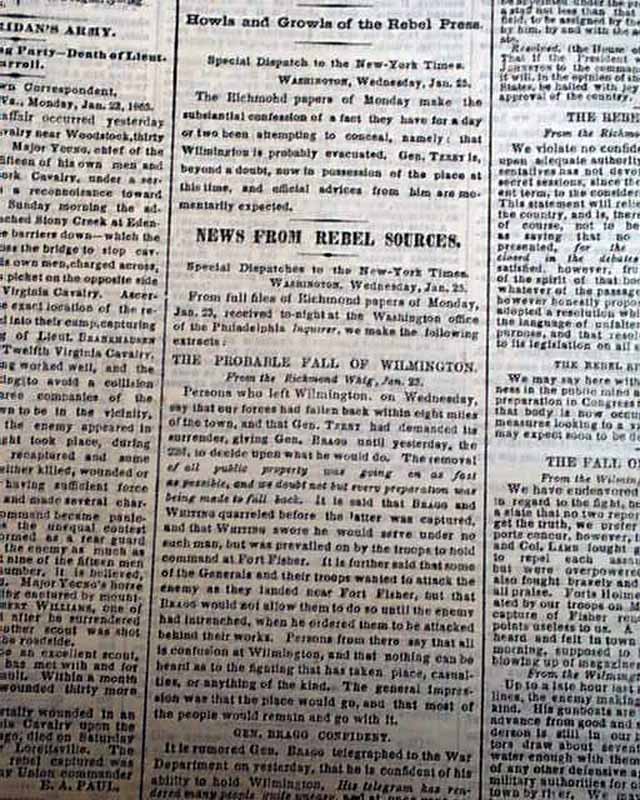 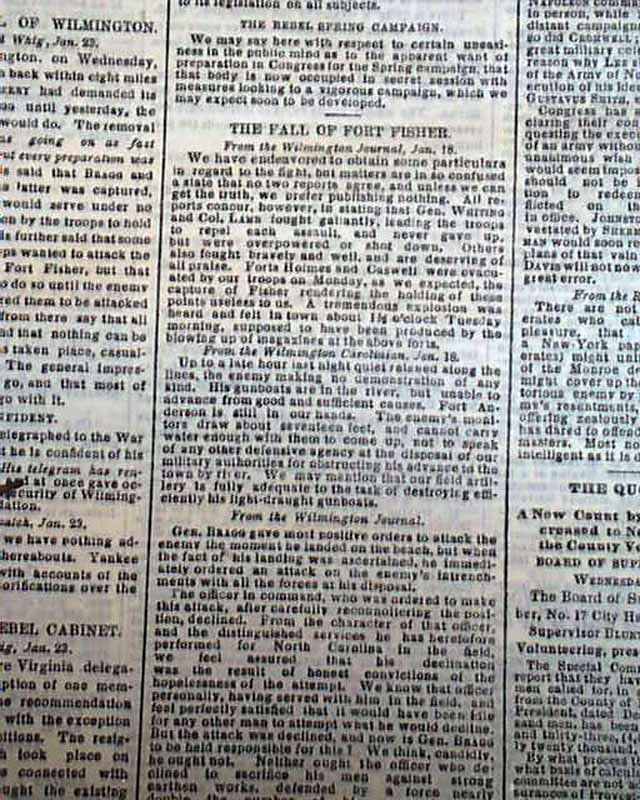