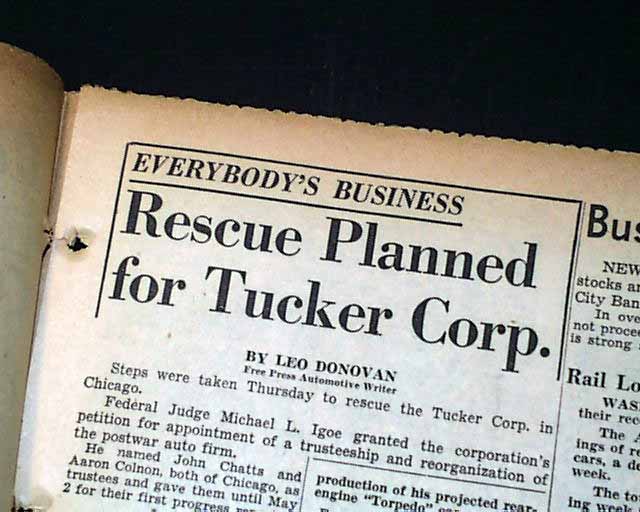 This 36 page newspaper has a two column headline on page 29: "Rescue Planned for Tucker Corp." with caption: "Everybody's Business". 1st report coverage on Preston Tucker losing control of his automobile company. Great to have in a Detroit paper.