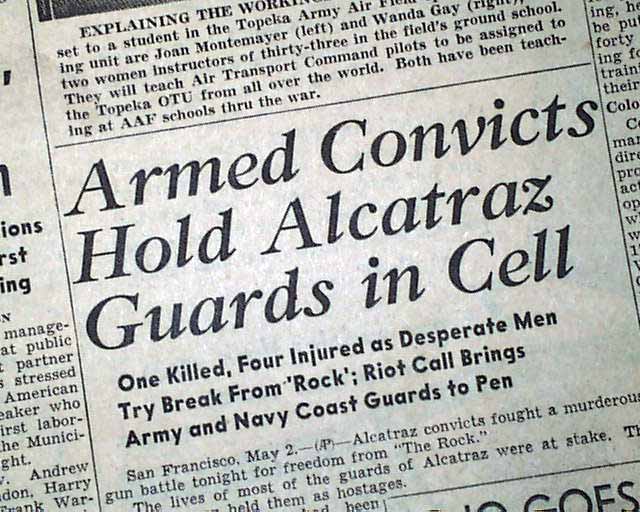 This 22 page newspaper has two column headlines on the front page that include: "Armed Convicts Hold Alcatraz Guards in Cell" and more (see images).

Other news, sports and advertisements of the day. A few small binding holes along the spine, otherwise good condition.

wikipedia notes: The Battle of Alcatraz was an unsuccessful escape attempt at the Alcatraz Island Federal Penitentiary that lasted between May 2–4, 1946. Two guards and three inmates were killed in the "battle", with another 11 guards and one inmate injured. Two of the surviving convict participants were also later executed for their roles in the escape attempt turned revolt. 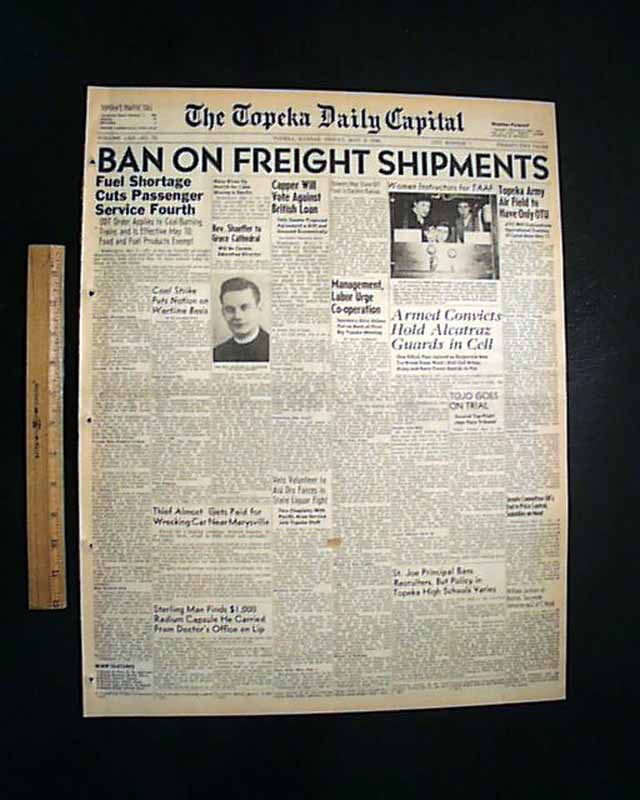 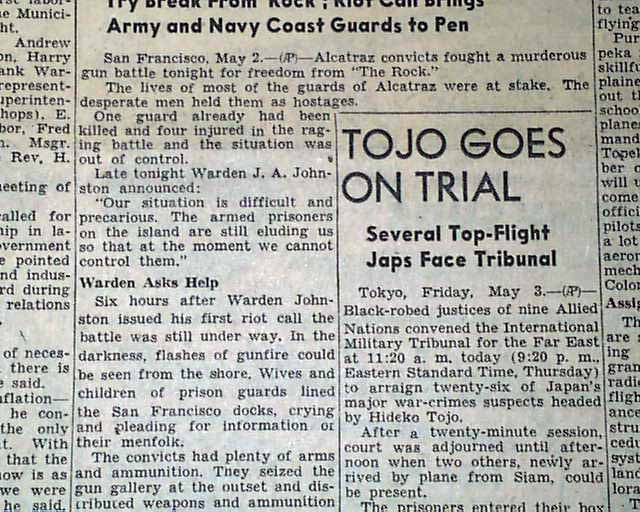 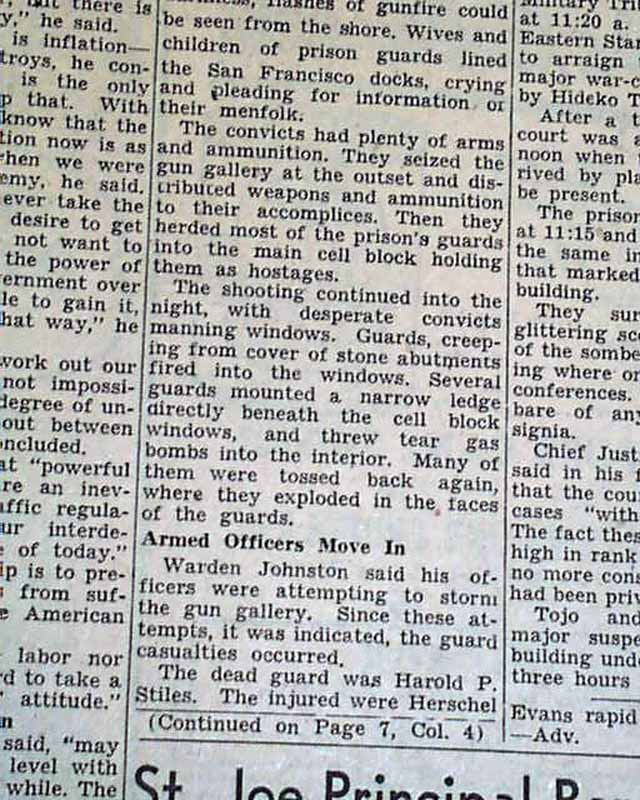