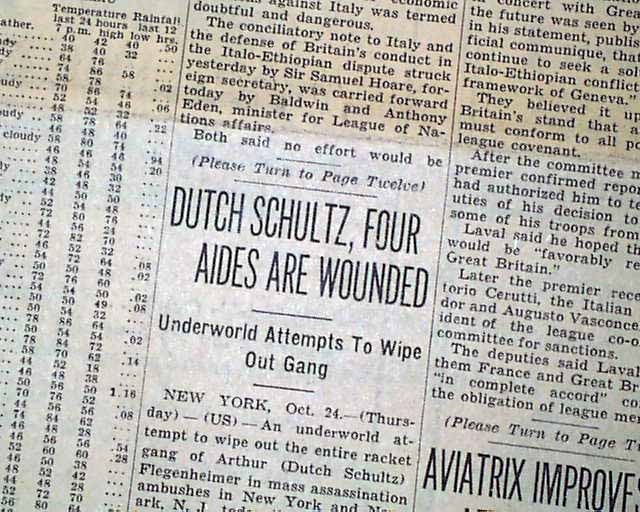 This 26 page newspaper has one column headlines on the front page: "DUTCH SCHULTZ, FOUR AIDES ARE WOUNDED" and "Underworld Attempts To Wipe Out Gang"

1st report coverage on the shooting of "Dutch" Schultz. He would die from his wounds shortly hereafter.

source: wikipedia: Dutch Schultz (August 6, 1902 – October 24, 1935) was a New York City-area gangster of the 1920s and '30s. Born Arthur Flegenheimer into a German Jewish family in the Yorkville section of Manhattan, he made his fortune in organized crime-related activities such as bootlegging illegal alcohol and the numbers racket in Harlem. He is most famous today for the rambling, stream-of-consciousness monologue he gave police in a hospital as he lay dying of a gunshot wound.