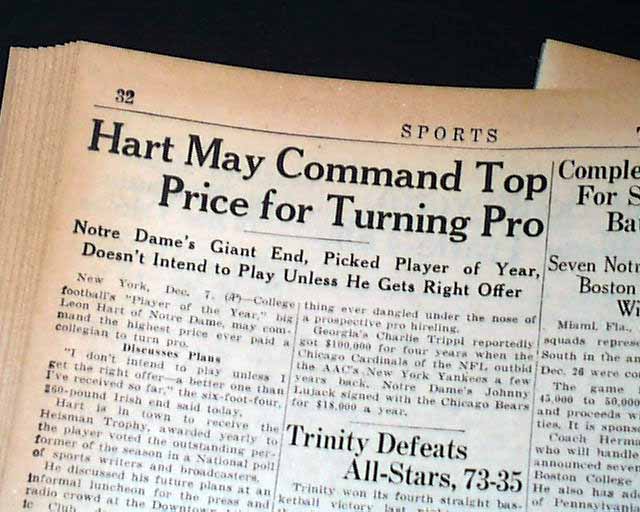 This 40 page newspaper has two column headlines on page 32 that include: "Hart May Command Top Price For Turning Pro" and more (see images).

Other news, sports and advertisements of the day throughout. Minor margin wear, otherwise nice condition.

He won the Heisman Trophy and the Maxwell Award whilst at the University of Notre Dame in 1949 and played in the National Football League for eight seasons, all with the Detroit Lions.