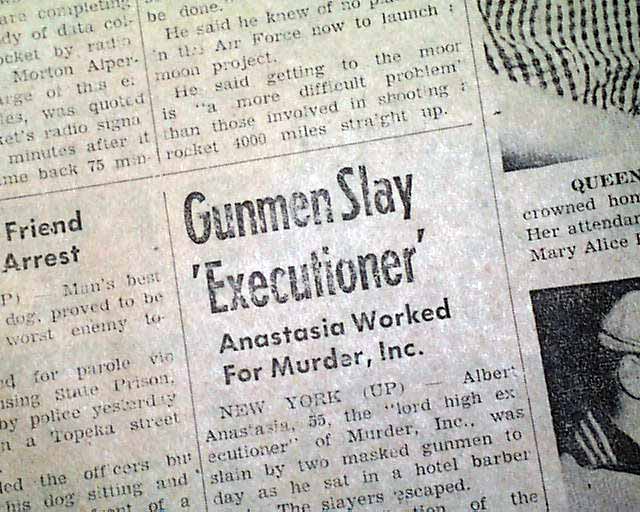 This 6 page newspaper has one column headlines on the front page: "Gunman Slay 'Executioner'" and "Anastasia Worked For Murder, Inc." This is the first report on the assassination of mob boss Albert Anastasia.

Other news and advertisements of the day. A few small binding holes along spine, otherwise good condition.