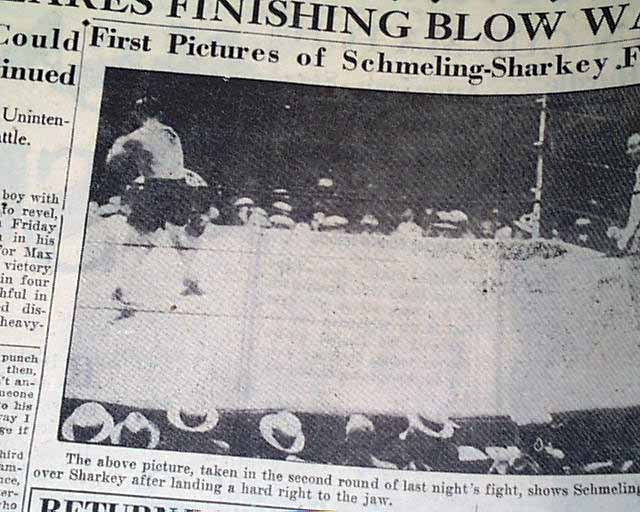 This 30 page newspaper has a banner headline on page 22: "Schmeling Disconsolate, Disgusted With His Victory; TUNNEY DECLARES FINISHING BLOW WAS UNINTENTIONALLY FOUL" with subheads and related photo.