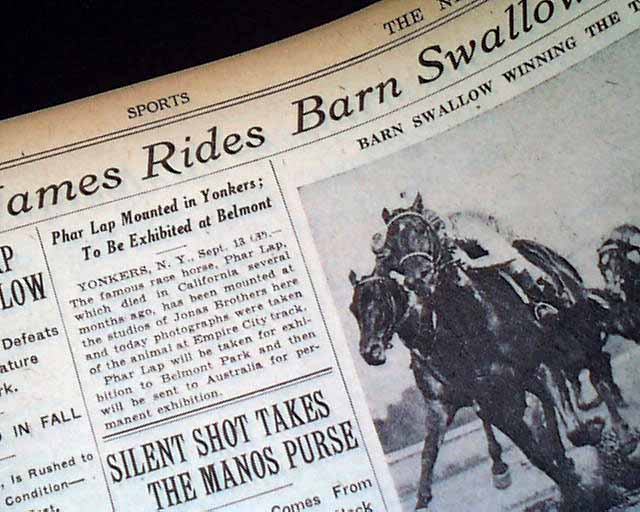 This 44 page newspaper has a small one column heading on page 18: "Phar Lap Mounted in Yonkers; To Be Exhibited at Belmont". See photo for brief text here.

Also page 17 has a five column headline that reads: "League Championship Captured by Yankees" with subheads. (see) This would be Babe Ruth's last pennant with the New York Yankees. The Yanks would go on to win the World Series.