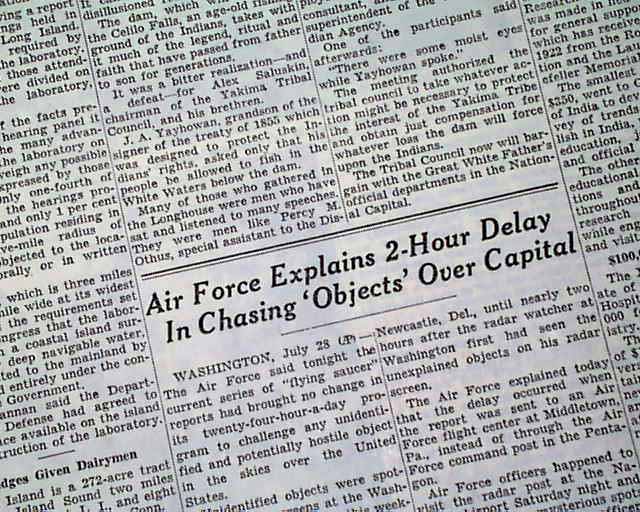 This 46 page newspaper has a two column headline on page 23: "Air Force Explains 2-Hour Delay In Chasing 'Objects' Over Capital"

Other news of the day throughout including the funeral of Eva Peron on page 7. Rag edition in great condition.

wikipedia notes: The 1952 Washington D.C. UFO incident, also known as the Washington flap or the Washington National Airport Sightings, was a series of unidentified flying object reports from July 13 to July 29, 1952, over Washington D.C. The most publicized sightings took place on consecutive weekends, July 19–20 and July 26–27.

Longtime ufologist Richard H. Hall, who served as the assistant director of NICAP and as the director of the Fund for UFO Research, writes:

The summer 1952 UFO sighting wave was one of the largest of all time, and arguably the most significant of all time in terms of the credible reports and hardcore scientific data obtained."