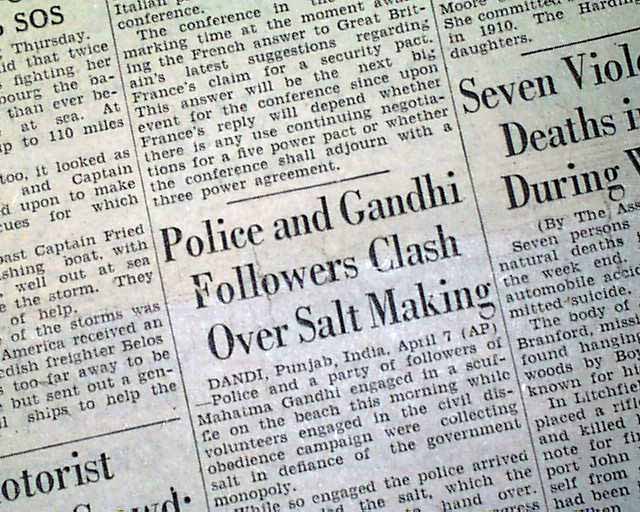 This 16 page newspaper has a one column headline on the front page:  "Police and Gandhi Followers Clash Over Salt Making". See photos for text here.

Other news of the day throughout including period advertisements. Some tiny binding holes along the spine,but otherwise in good condition.