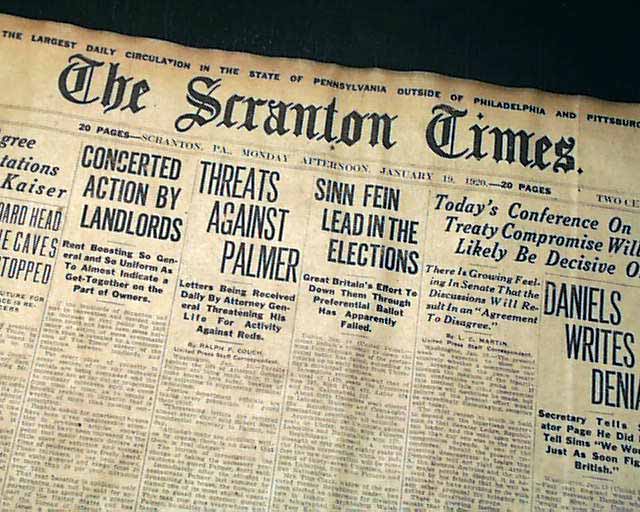 This 20 page newspaper has one column headlines on the front page:
"SUPREME COURT IS SPEEDING UP DRY DECISION" "Permits Rhode Island To Institute Original Proceeding To Test" "Validity Of Prohibition Act" which tells of the start of prohibition in America as a whole. Other news of the day.

Usual browning with some margin wear and tear, but otherwise in good condition. Should be handled with care. 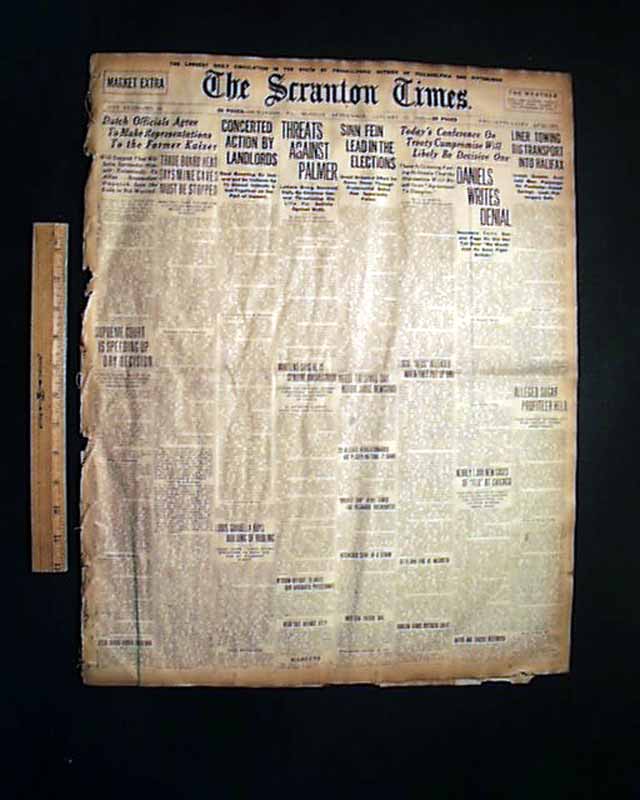 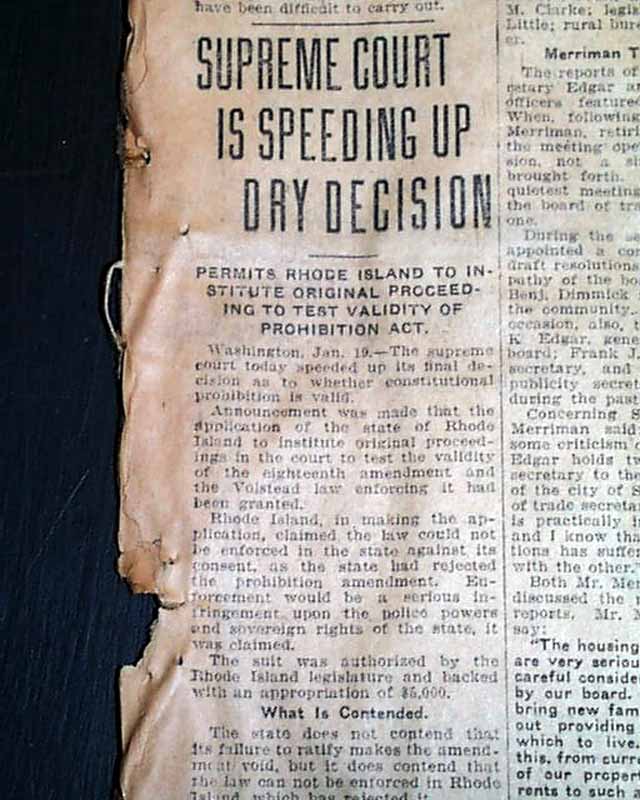 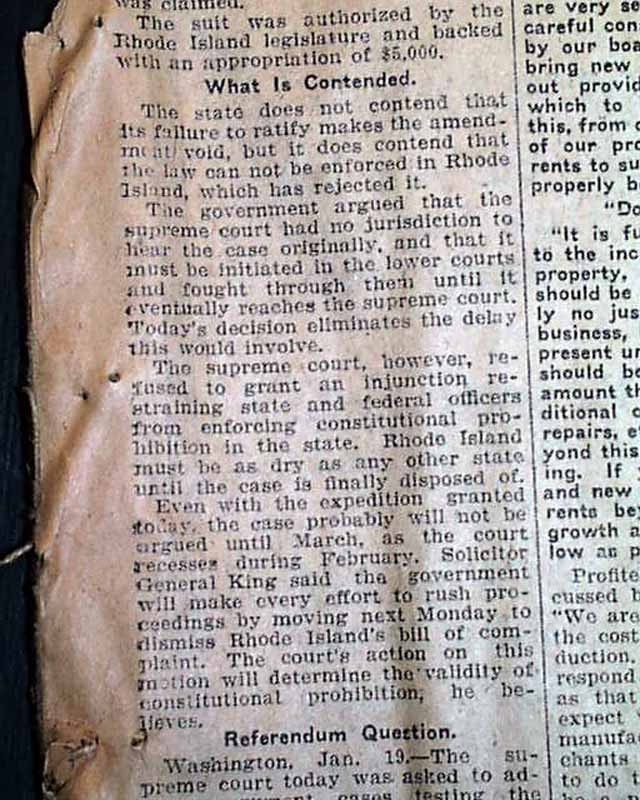 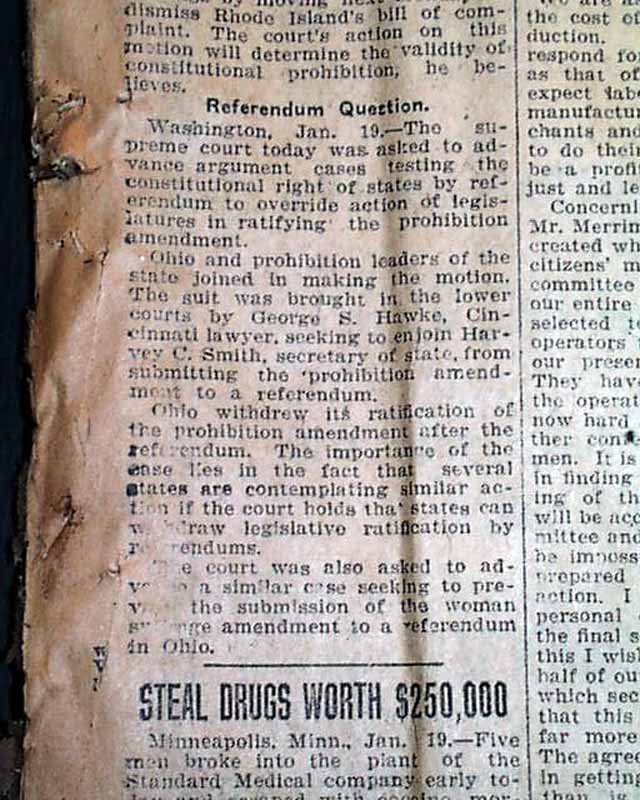