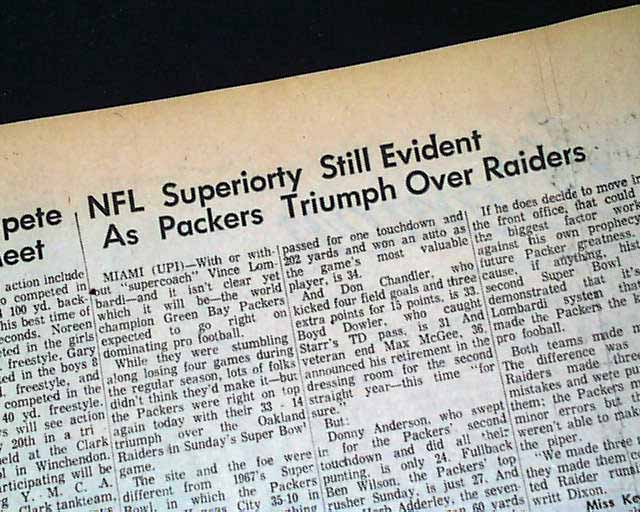 This 10 page newspaper has a three column headline on page 6:  "NFL Superiorty Still Evident As Packers Triumph Over Raiders". Tells of Super Bowl II between the Green Bay Packers and Oakland Raiders.

Other news of the day including various advertisements. This issue has tiny binding holes along the spine, but otherwise in good condition.

wikipedia notes: The second AFL-NFL World Championship Game in professional American football, later to be known as Super Bowl II, was played on January 14, 1968 at the Orange Bowl in Miami, Florida.

Green Bay quarterback Bart Starr was named the Super Bowl MVP for the second time for his 13 of 24 passing for 202 yards and one touchdown.