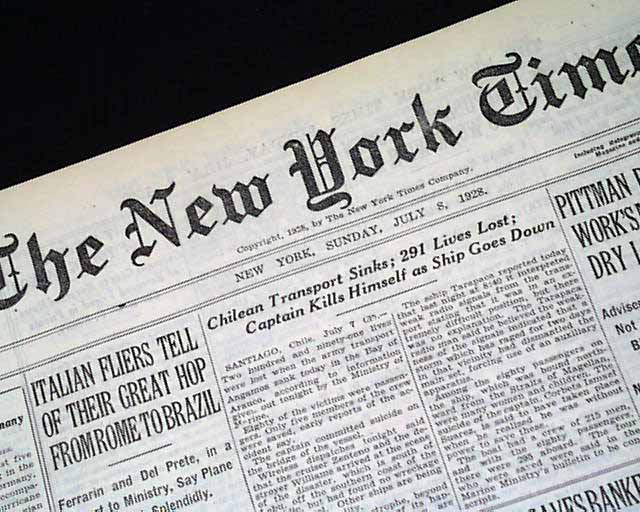 This100+ page newspaper has one column headlines on page 3 that include: "CAPONE SUBPOENAED IN MURDER OF YALE", "Chicago Gangster Is Sought in Miami on Suspicion of Ordering Brooklyn Killing", "Motive Still Is Vague" and more (see photos).  Interesting reporting on the 1920's gangster wars. Page XX3 (near back) has additional reporting concerning the gun power used by the gangsters and police with related photos (see photos). Lengthy text here. Nice to have in this famous NYC title.