Home > On the Founding of television...
Click image to enlarge 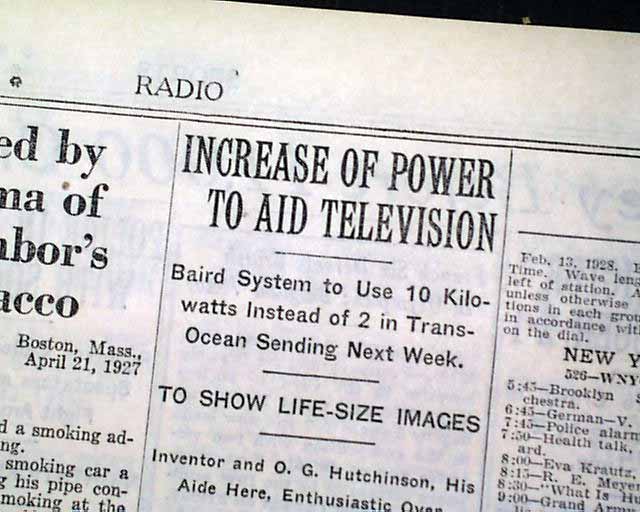 On the Founding of television...

This 40 page newspaper has one column headlines on page 23 that include: "INCREASE OF POWER TO AID TELEVISION", "Baird System to Use 10 Kilowatts Instead of 2 in Trans-Ocean Sending Next Week", "To Show Life-Size Images", and more (see photos).

A very significant event marking the founding of television, an invention which would change not only the worlds of entertainment & communication forever, but society as well.

A significant issue for any collector of television history. Other news of the day throughout. Rag edition in very nice condition. 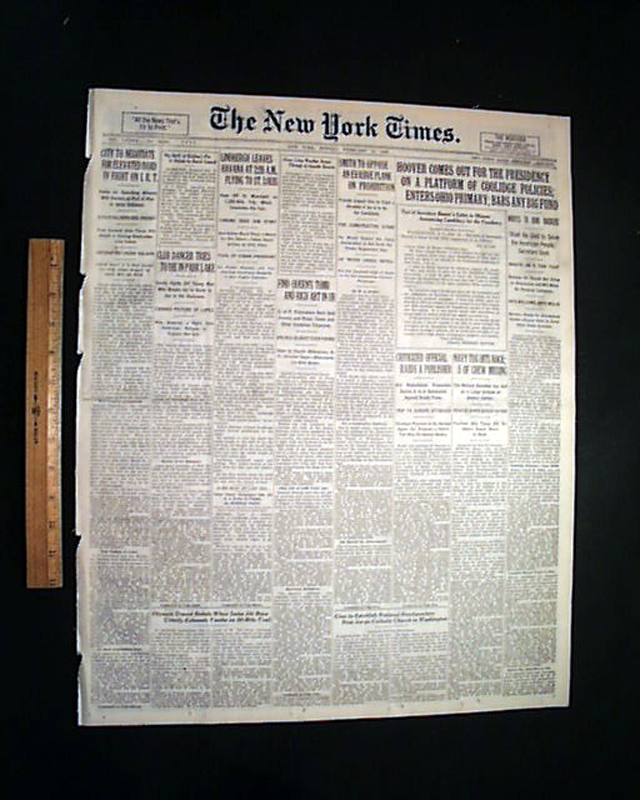 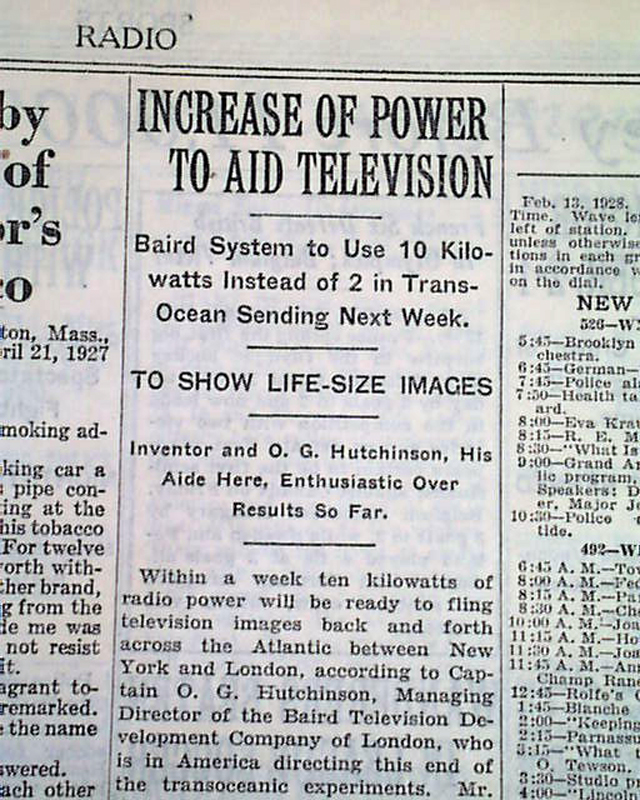 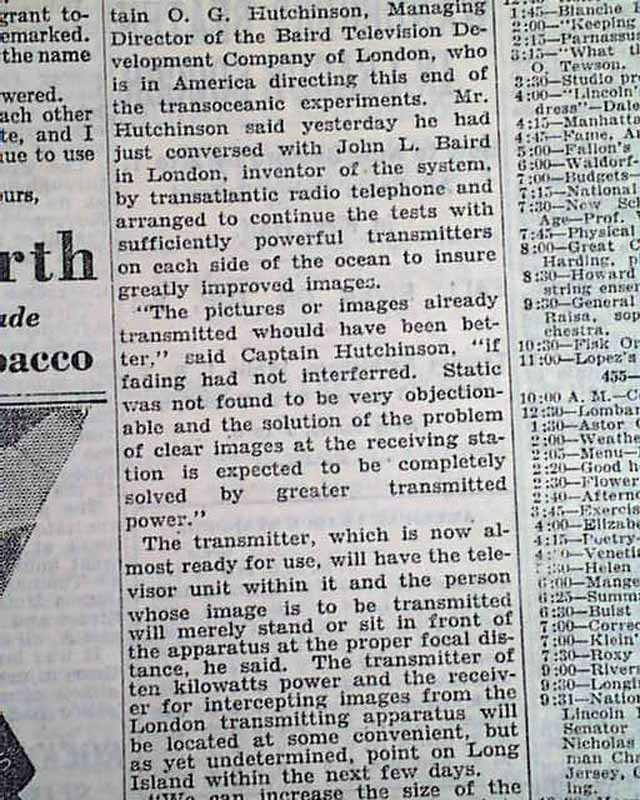 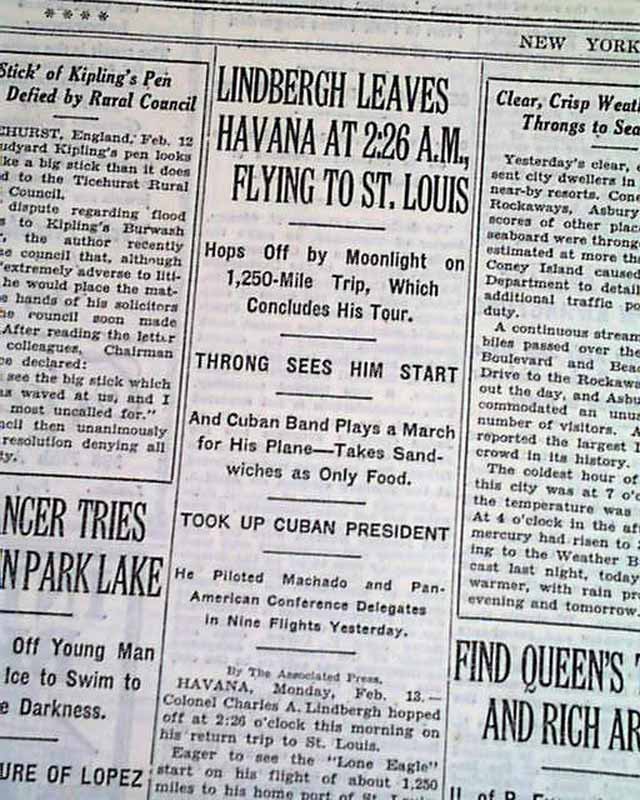 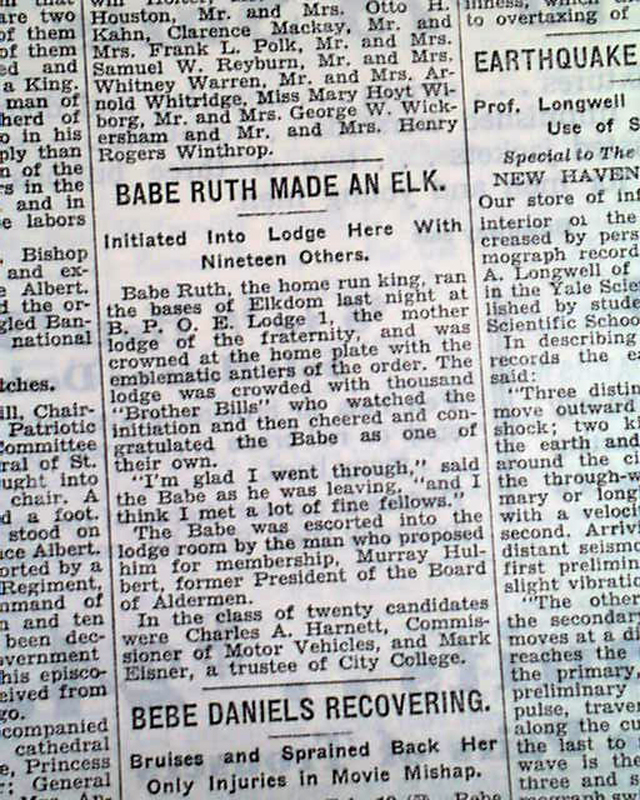