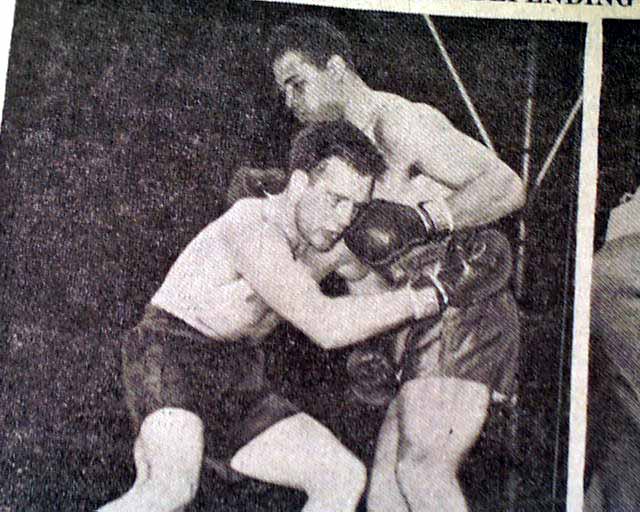 This 46 page newspaper has one column headlines on the front page:
"LOUIS STOPS CONN IN EIGHTH ROUND AND RETAINS TITLE" "Rights and Lefts to the Head End Yankee Stadium Bout After Slow Start" and more with smaller subheads. Much more reporting on page 27 with headlines, photos and round per round reporting. Loads of text, too much to photograph here. Tells of the heavyweight boxing championship fight between Joe Louis and Billy Conn.