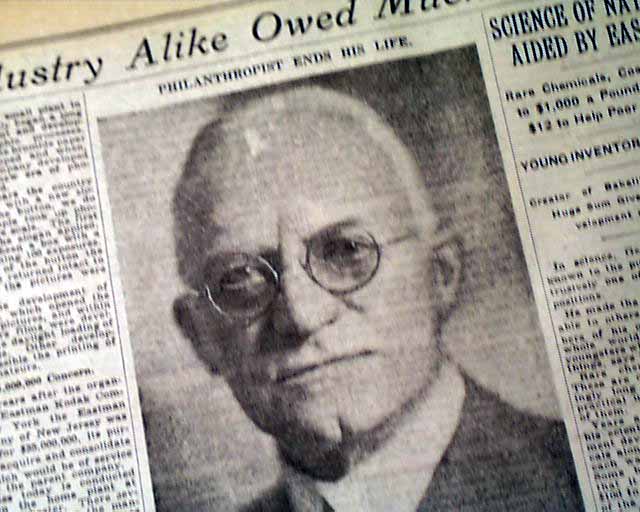 * EASTMAN A SUICIDE; NOTE TO FRIENDS SAYS 'WORK IS DONE'
* Sends Doctor and Nurses From Room at Rochester Home and Then Fires Shot
* LONG BROKEN IN HEALTH
* Had Given Away $75,000,000

and more. (see) Much more on page 14 with headlines and photo of Eastman. (see) Loads of text, too much to photograph here. Tells of the suicide death of kodak camera inventor George Eastman.

Other news of the day throughout. Light browning with minor margin wear, few unrelated mends, otherwise in good condition.