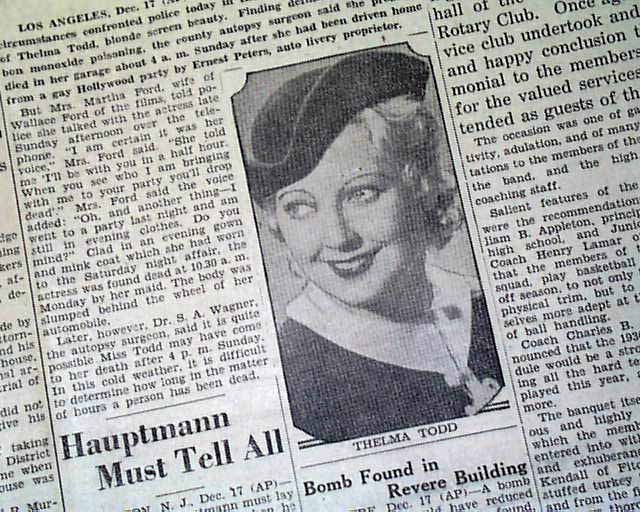 This 20 page newspaper has a two column headline on the front page: "Conflicting Evidence in Death Of Thelma Todd, Whose Body Was Found in Automobile", with photo of Todd (see images).

The report tells of the strange death of Hollywood actress Thelma Todd. The cause of her death is still in debate till this day.