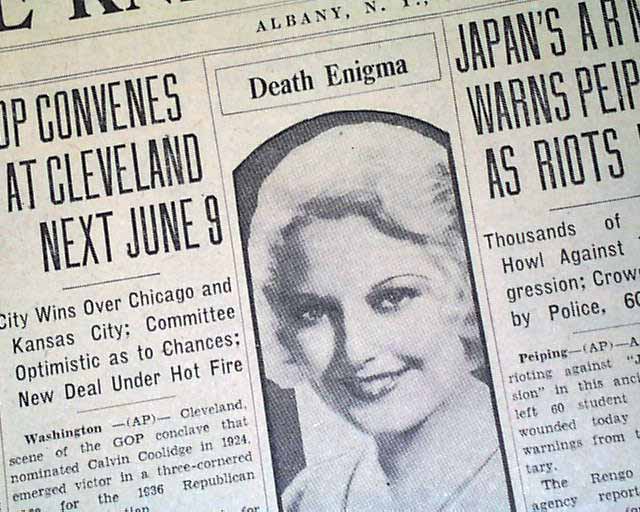 This 20 page newspaper has one column headlines on the front page:

with smaller subheads and photo of Todd. (see)

Tells of the strange death of Hollywood actress Thelma Todd. The cause of her death is still in debate till this day.