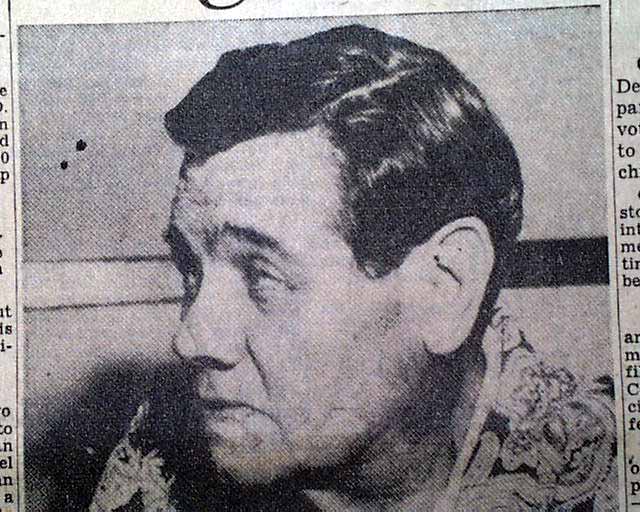 This 32 page newspaper has two column headlines on the front page: "Babe Ruth Fights On" and "Gravely Ill But Smiling, Says Close Friend" with photo. Also photo on page 2 with caption: "Condition Critical". He would die a few days later. Other news, sports and advertisements of the day throughout.